Rik and Donna are some friends who I've known for many years and often when I came over to LA for a holiday we would stay at their house. Rik is a retired music engineer who's speciality is working with tape, he is old school, that's what he knows best. He was very successful and particularly good at his job. He has recorded pretty much anyone you can think of. From BB King, Willie Nelson and The Allman Brothers right through to the Crusaders (Street Life was one of his and one of my fav tunes ever) and lately Jamie Cullum. Anyway, he is and was a car guy. Man he has owned some killer stuff, especially when he was young back in the late 60's and 70's. Sometime around then he was driving past a strip mall parking lot on Hollywood Blvd and he spies this crazy custom XK-E with a for sale sign on it. He gets in touch with the owner, a certain fellow called Haskell Wexler, and buys the car. He drove it around for 2 solid years then sold it. He got fed up with having to hang on to his glasses every time he changed lanes on the freeway at 90mph, the windscreen is very low. So forward wind to last year and a mate of his buys him a new book about Dean Jeffries and there is his XK-E. Rik had no idea Dean built it, Haskell was the man who bought the car new and took it straight over to Dean's place for all the mods. Haskell didn't tell Rik who did all the customising. Amazingly Rik used to drive past Dean's shop in the E Type everyday on his way to and from work without knowing that is where it was created. A great story, I love it when people relate their past lives through the cars and or bikes they have owned as they were growing up. 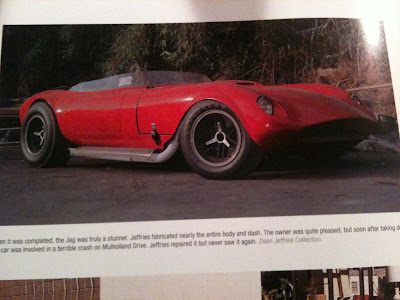 This is how it looked when it left the shop. 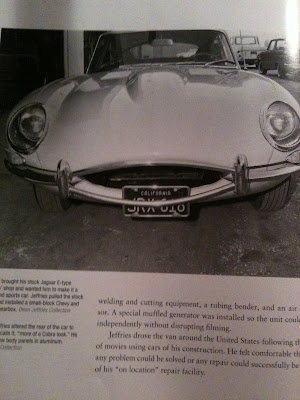 This is how it looked when it left the dealership. 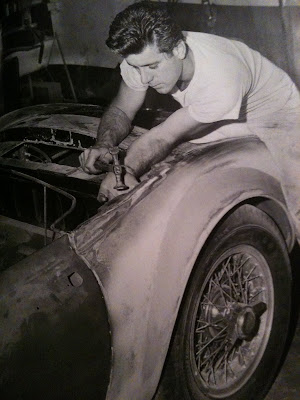 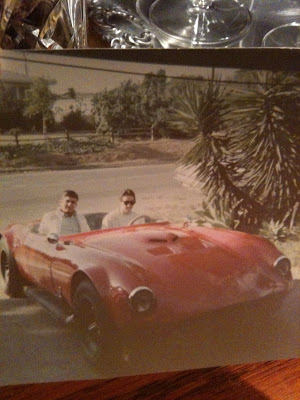 Rik behind the wheel. Notice that the front end has changed a little and there is no side glass. Rik thinks it may have been in a minor collision before he owned it and was repaired with a slightly different look. 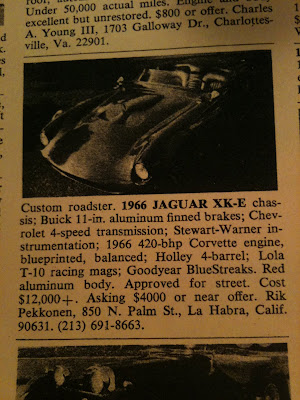