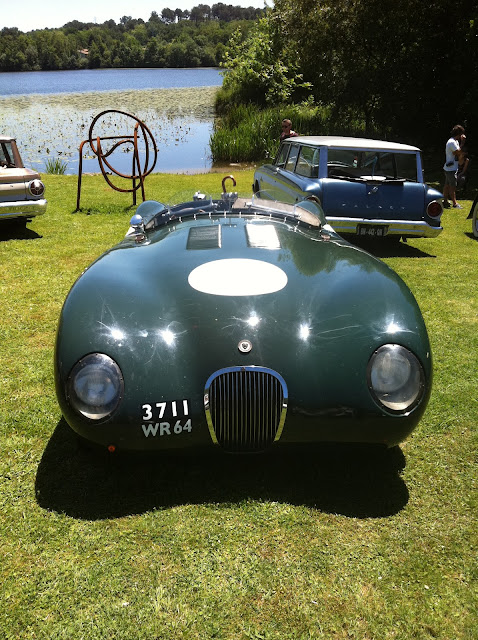 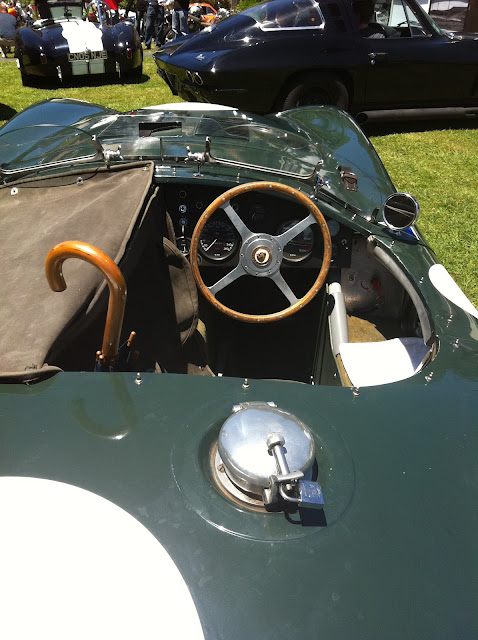 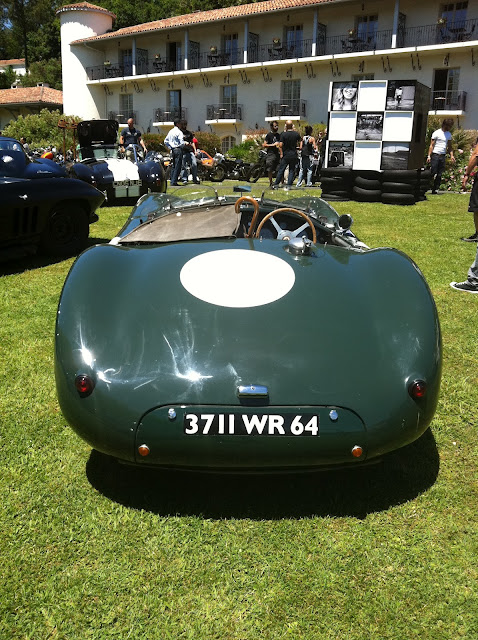 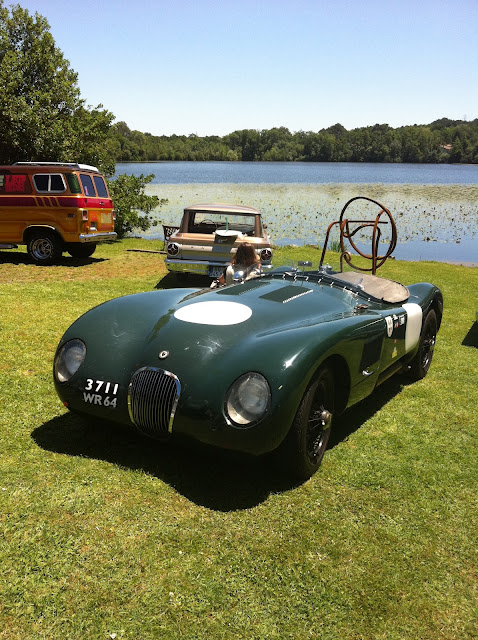 When I was a boy, man that seems like a long time ago, I remember certain vehicles stopped me in my tracks and had a profound effect on me for what I now realise would be the rest of my life. The first time I saw a Fantic chopper was one of those moments and then also my first sighting of a Jag C Type parked up on the Kings Road in London. I sort of became a little obsessed with both of these machines. I would dream about them at night and sketch versions of them in my school books. I guess some things never change. My heart still aches when I get close to a C Type. I still want one more than life itself and I still dream about them at night. I wonder what it's like to be an adult.
Matt.

The Jaguar C-Type (also called the Jaguar XK120-C) is a racing sports car built by Jaguar and sold from 1951 to 1953. The "C" designation stood for "competition". The car used the running gear of the contemporary XK120 in a lightweight tubular frame and aerodynamic aluminium body. A total of 52 C-Types were built. The C-Type was successful in racing, most notably at the Le Mans 24 hours race, which it won twice. In 1951 the car won at its first attempt. The factory entered three, whose driver pairings were Stirling Moss and Jack Fairman, Leslie Johnson and 3-times Mille Miglia winner Clemente Biondetti, and the eventual winners, Peter Walker and Peter Whitehead. The Walker/Whitehead car was the only factory entry to finish, the other two retiring with lack of oil pressure. In 1952 Jaguar, worried by a report about the speed of the Mercedes-Benz 300SLs that would run at Le Mans, modified the C-Type’s aerodynamics to increase the top speed. However, the consequent rearrangement of the cooling system made the car vulnerable to overheating. All three retired from the race. The Peter Whitehead/Ian Stewart and Tony Rolt/Duncan Hamilton cars blew head gaskets, and the Stirling Moss/Peter Walker car, the only one not overheating, lost oil pressure after a mechanical breakage. Later testing by Norman Dewis at MIRA after the race proved that it was not the body shape that caused the overheating but mainly the water pump pulley that was undersize, spun too fast, caused cavitation and thus the overheating. What the body shape did do though was to create enormous tail lift, which caused the cars to squirrel their way down the Mulsanne straight at speeds over 120 mph. In 1953 a C-Type won again. This time the body was in thinner, lighter aluminium and the original twin H8 sand cast SU carburettors were replaced by three DCO3 40mm Webers, which helped boost power to 220 bhp. Further weight was saved by using a rubber bag fuel tank ... lighter electrical equipment and thinner gauge steel for some of the chassis tubes ... the most significant change to the cars was the switch to disc brakes. Duncan Hamilton and Tony Rolt won the race at 105.85 mph – the first time Le Mans had been won at an average of over 100 miles per hour. In addition to Le Mans, the C-Type was raced in the 1955 Mille Miglia by Stirling Moss. He set a course record of 10 hours, 7 minutes, and 48 seconds in the car.

I'm not sure if the car in the pictures is a real one, probably not, I think it's a replica. A pretty good one too. That sort of thing doesn't bother me too much. I did in fact drool over it for most of the day.
Posted by DicE Magazine at 12:25 AM