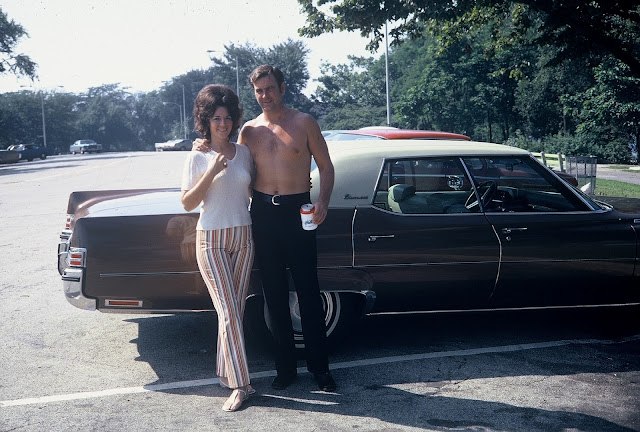 Hey Matt,
My buddy Kirk Berridge gave me this pic of his parents. It so classic I wanted to see if you could use it to share.
Cir. 1971, he is age 34, she already had 7 kids by him by the time this picture was taken. They later divorced, she re-married, and he remained single. Kirk says they are still in love.
Later.
Mark Larkin

Brilliant! thanks mate.
Posted by DicE Magazine at 7:08 AM