I don't know if anyone remembers the post I did awhile back about our friend Davide in Italy,who has always dreamed of owning his own wall of death? Well just to re cap, he works for low wages in a shoe shop in Milan, has a very supportive wife and a wonderful baby daughter and has been basically saving forever and a day to try and make it happen. The last post showed the 2 Indian Scouts he found. They are already on their way to Genova. Anyway, he now has his wall. Davide doesn't mess about. 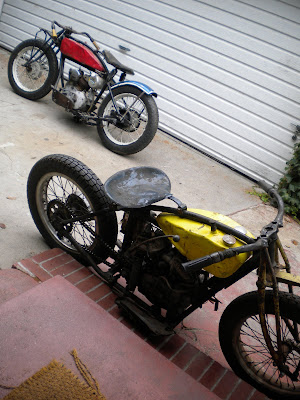 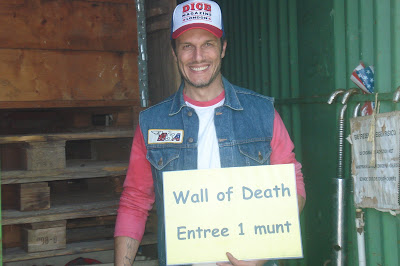 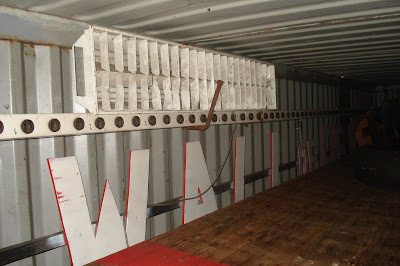 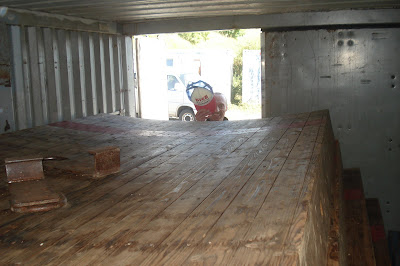 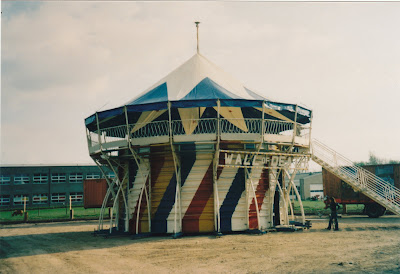 This is what he wrote me.
"So as I've already told to you this story started more then one year ago. It was a friend of mine from Holland that's a wall of death rider and owner that told me about this one, one of the last original wall of death for sale.
I've had contact with the owner, but the price was too much for me.
Anyway I started to call him, to mail him and after 1 year he agreed to sell me the wall for a more reasonable price.
He liked a lot his wall and probably he understood that the wall will be in a good hands, in good motorcycle enthusiast hands(or in another way he was so tired to speak with me).
So Matt I don't believe, the deal was done and the wall is mine now.
Last sunday 3 october I was there in Austria, with my friend Marco,750 km go and 750 km back,just in one day.
You understand( and that for sure) how happy I was when we've opened the containers,ooh man, the wall was sitting there, waiting for me.
We are speaking about a wall full of history, built in the 40's in Holland.
After 10 years of shows in Europe,in the 50's it was gone to Russia,in Gorky Park Moskow,the owner was obliged by the communist's to abandon the wall there.
Then the wall was sent to Cuba in the 60's.Then gone to South Africa,Australia,Cambodia,and finally back to Europe.
This wall is one of the biggest,it's 10 meters diameter (I don't know in your Brit prehistoric way to take measures) instead of 8, 9 meters standard.
You got to know that nowadays there are only a few original walls here in Europe.
There are 4 in Great Britain( the aristocracy of wall of death,with 4 generations of wall of death riders owners,Messham family,Cripsey family)
2 in Holland,2 in Germany,1 in Greece, and this one.
So Matt when you will be here next year you will see the wall alive!
Ciao fratello"
Davide is going to give up his shoe shop job and become a wall of death rider in 2011. Amazing, and a great example of a man trying to fulfill his dreams, no matter what.
Posted by DicE Magazine at 4:33 PM