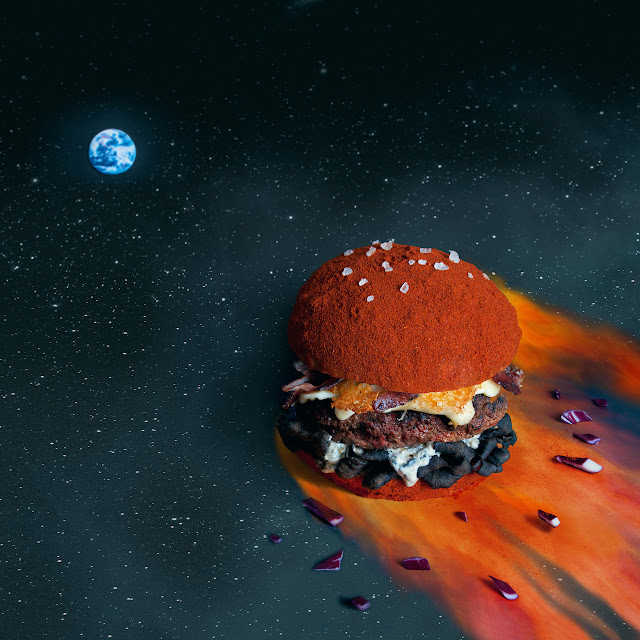 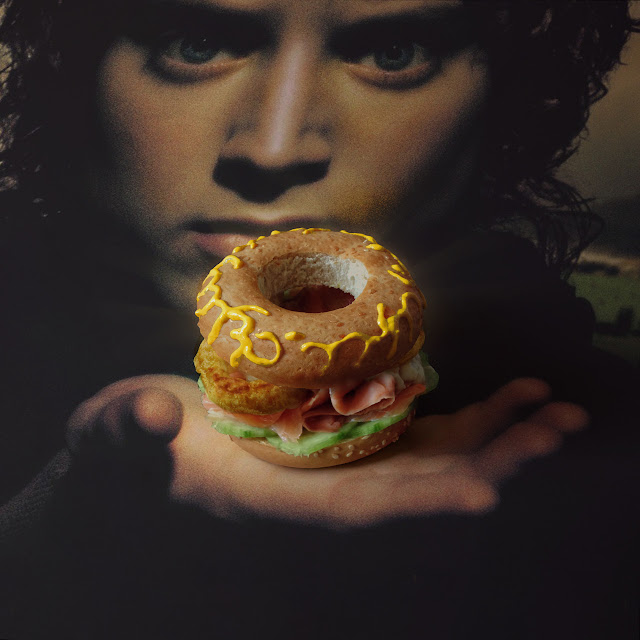 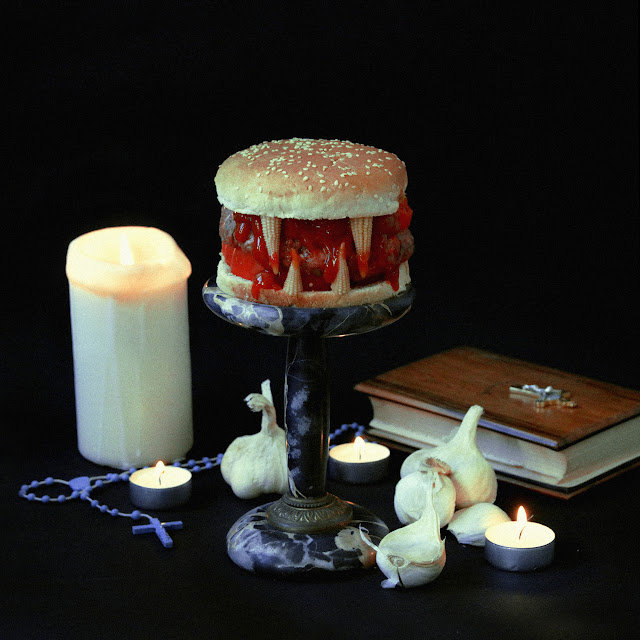 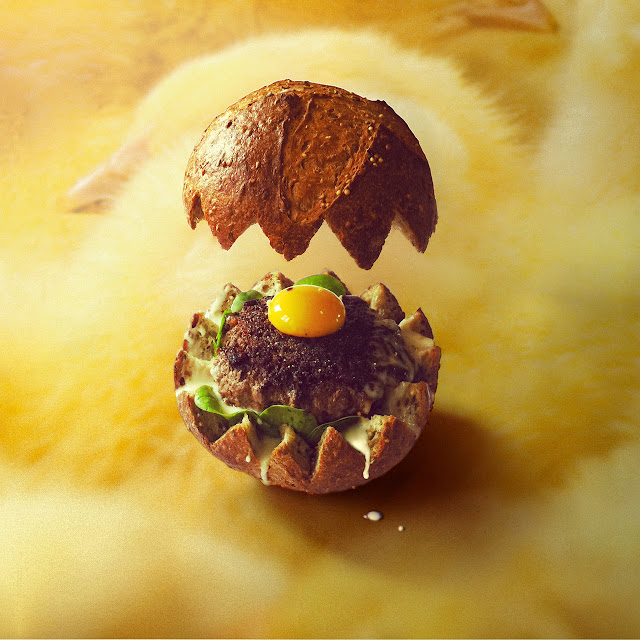 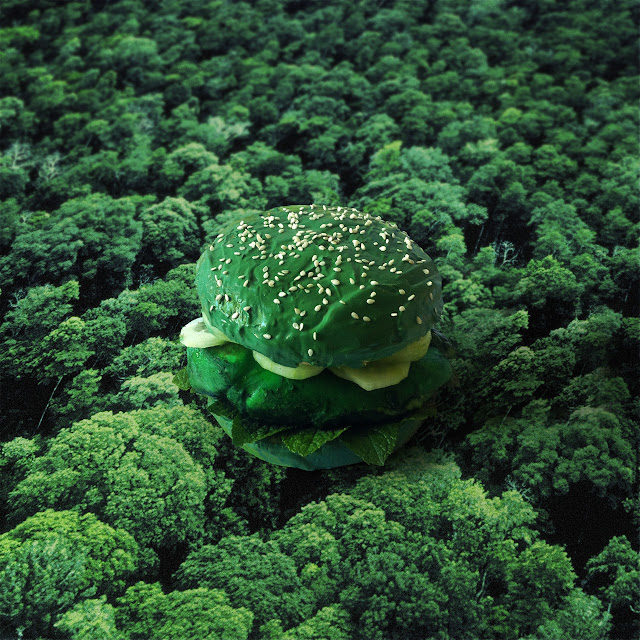 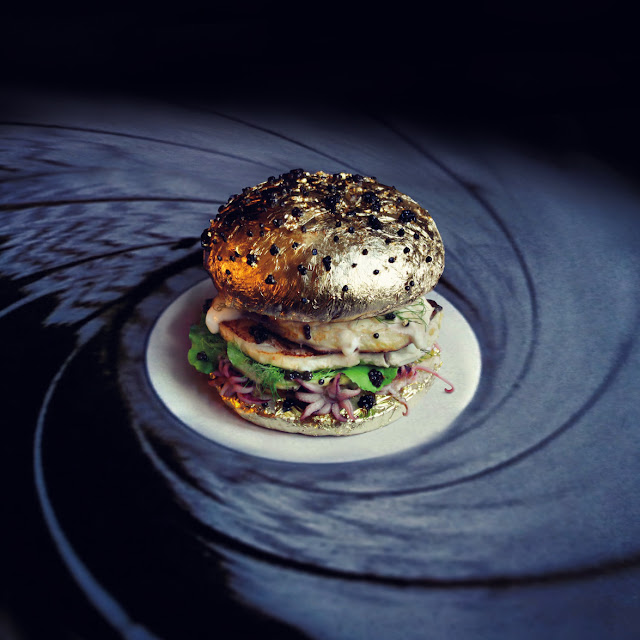 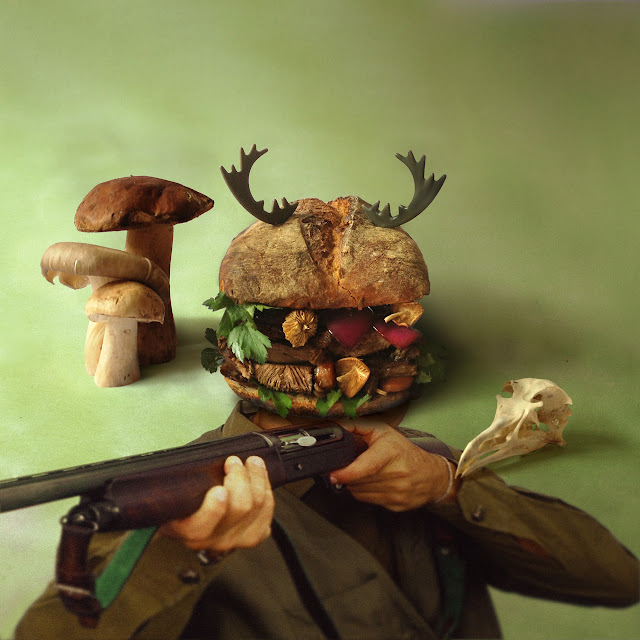 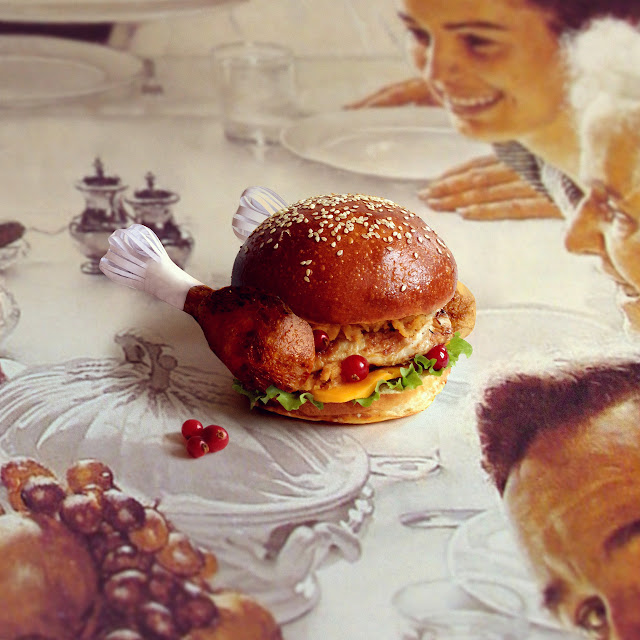 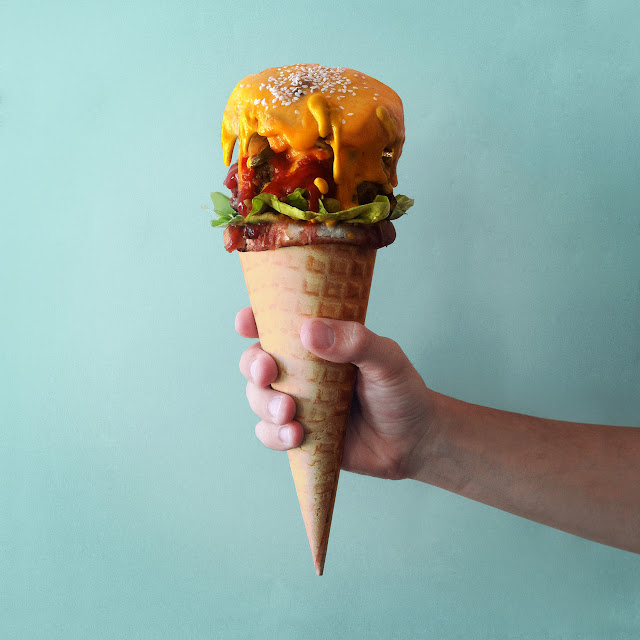 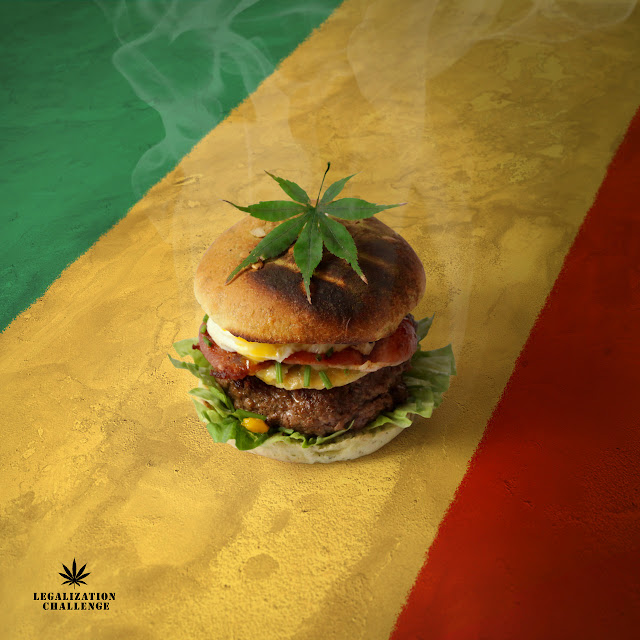 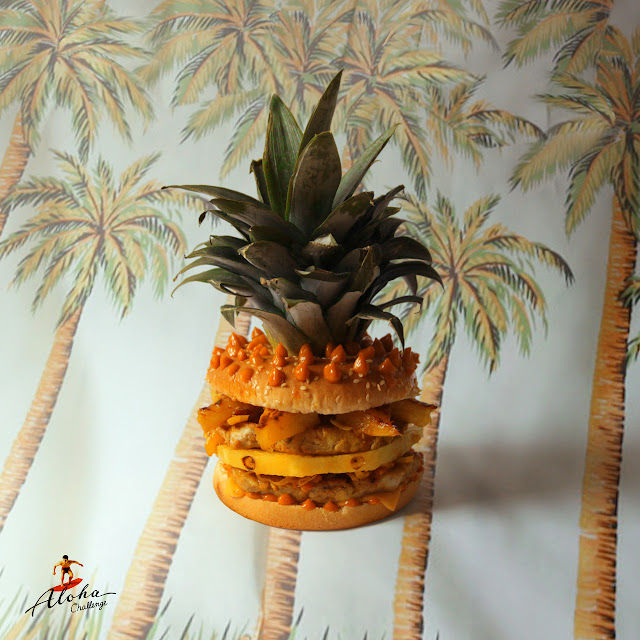 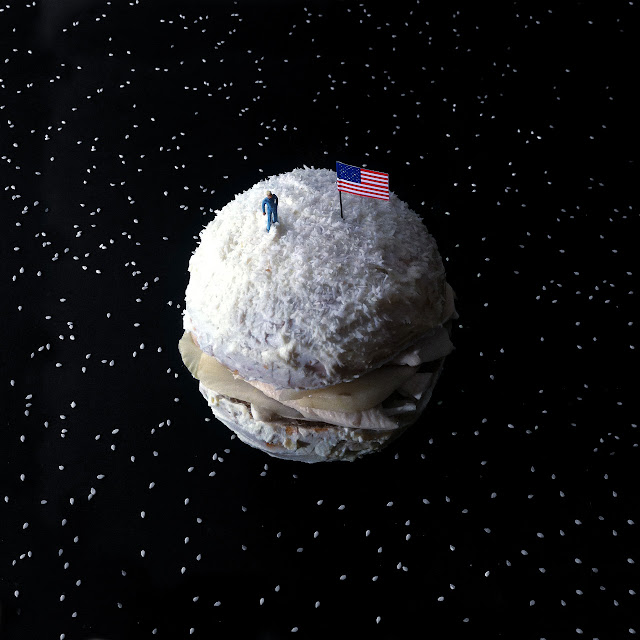 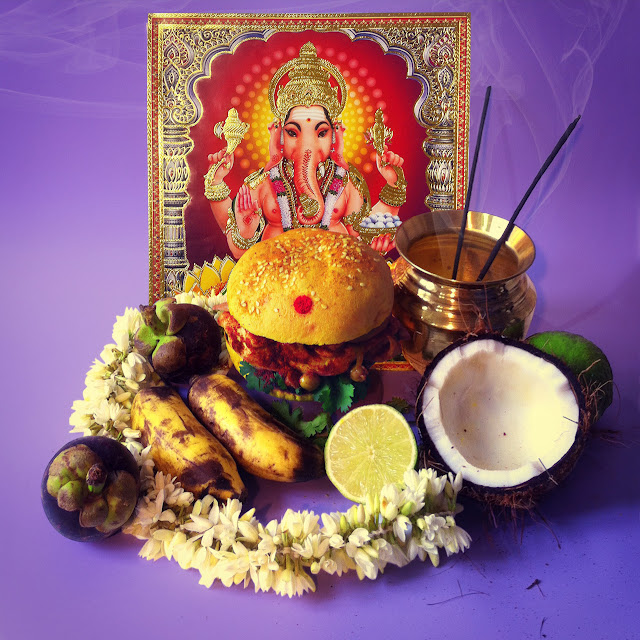 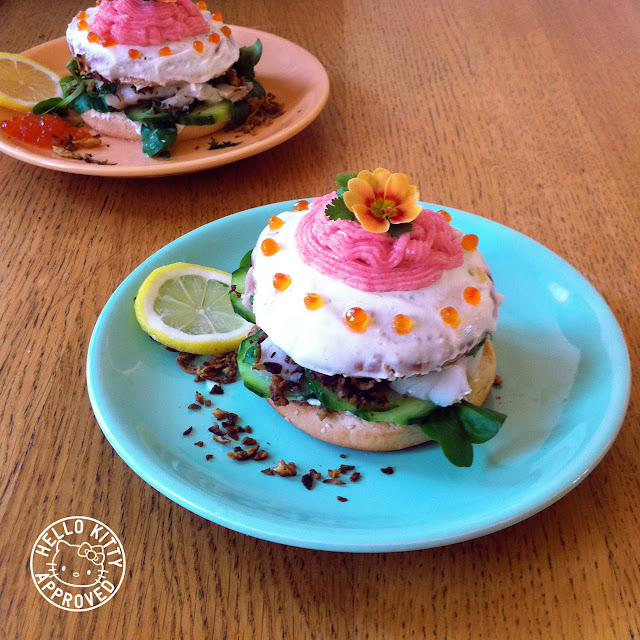 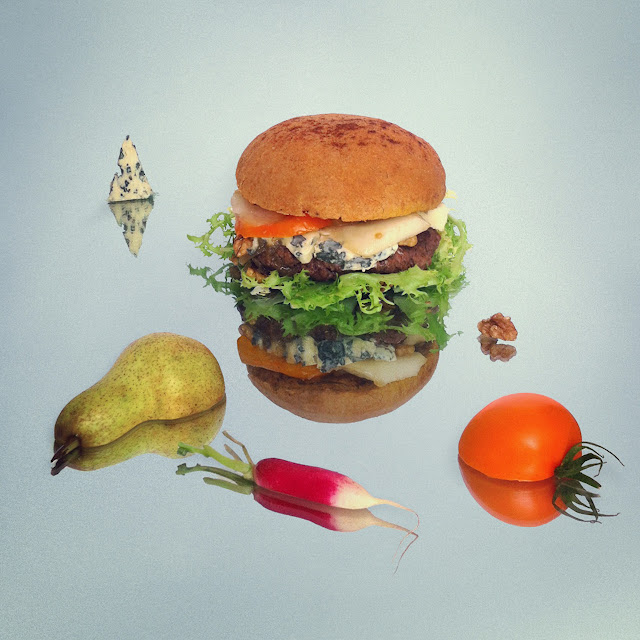 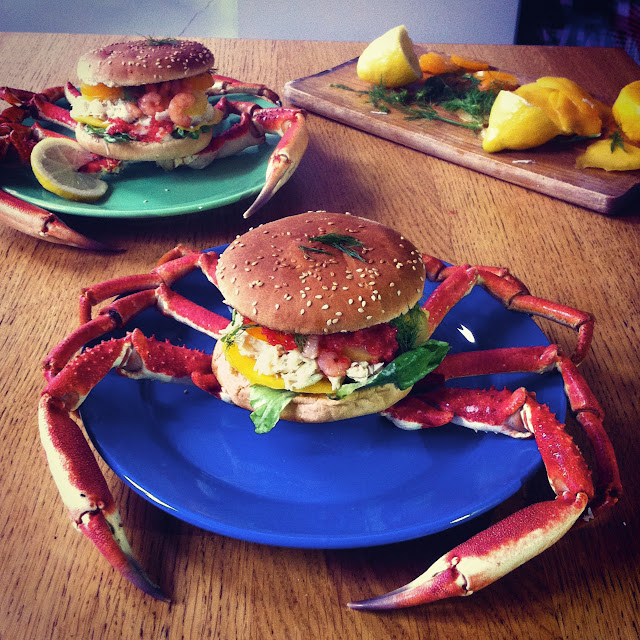 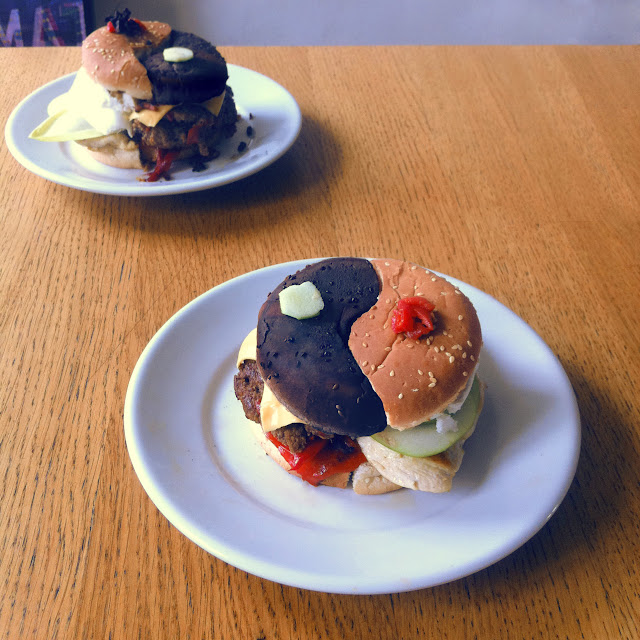 Two graphic designers from France have recently begun to generate internet buzz with their burger creations. What started as a random lunch project one afternoon slowly evolved into the website Fat & Furious Burger. Creators Thomas and Quentin said it was just chance they decided to take a picture of one of their "meals" and put it online, and the rest is history. "We were so bored of random food at lunch, so we started cooking together," they explained "It soon became a kind of a ritual: improvising and experimenting new ways of cooking a burger." The pair are inspired by everyday headlines and recent events, as evidenced by their recent homage to Neil Armstrong after the great astronaut's passing. The all-white burger, in a sesame-seed sky, was topped with coconut shavings. "Though it wasn't exactly tasty, it was the first of our burgers that really looked like something different, and something you wouldn't normally eat," they said. Quentin and Thomas said they planned to team up with many more restaurants and magazines while continuing to imagine — and consume — new, wilder creations. As for where they see the project evolving? "Hopefully not to obesity," they joked. See more at Fat & Furious Burger.
Posted by DicE Magazine at 11:30 AM