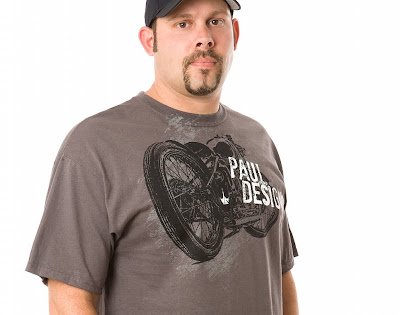 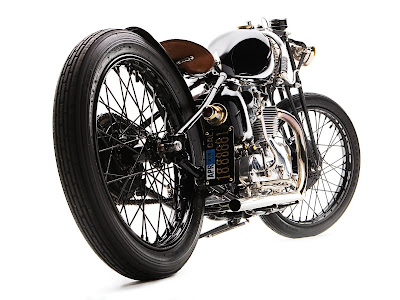 Here we have that bloke off the telly from OCC. He is wearing one of his new T shirts. Now the shirt in question doesn't have a bike he has built printed on it. Which is probably just as well because his bikes look like shit. But yes, that is a FALCON motorcycle he is using as part of the design. He went as far as to add his logo to the licence plate. It's a sad day when the big guns steal from the small independent companies. Just like Harley's 'Screw It, Lets Ride' campaign. Oh dear. 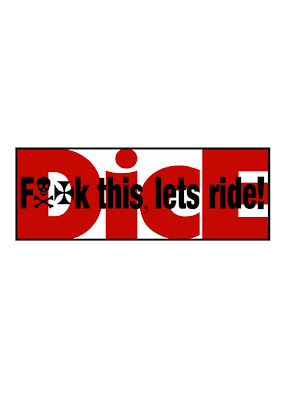 Posted by DicE Magazine at 8:23 AM