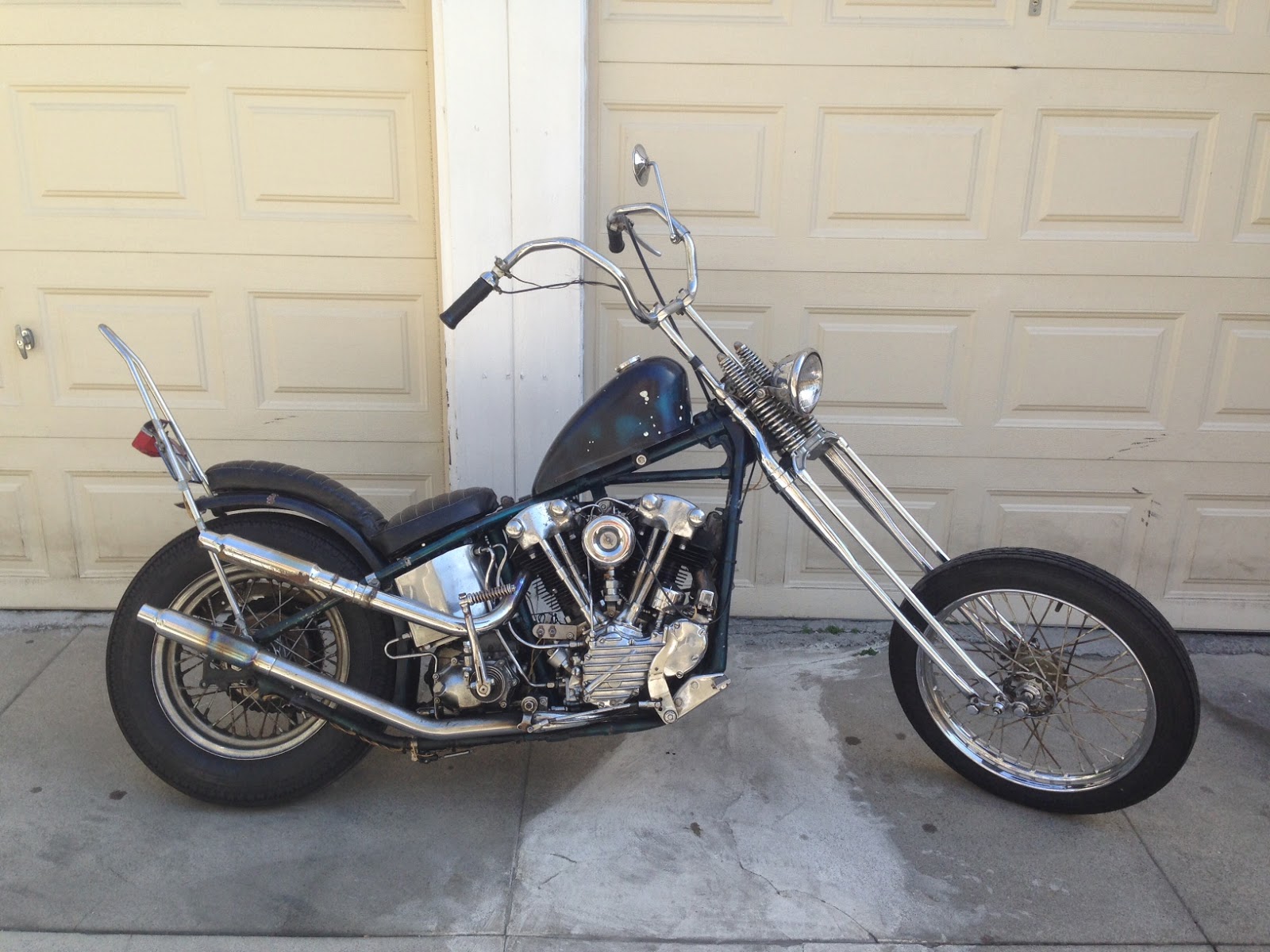 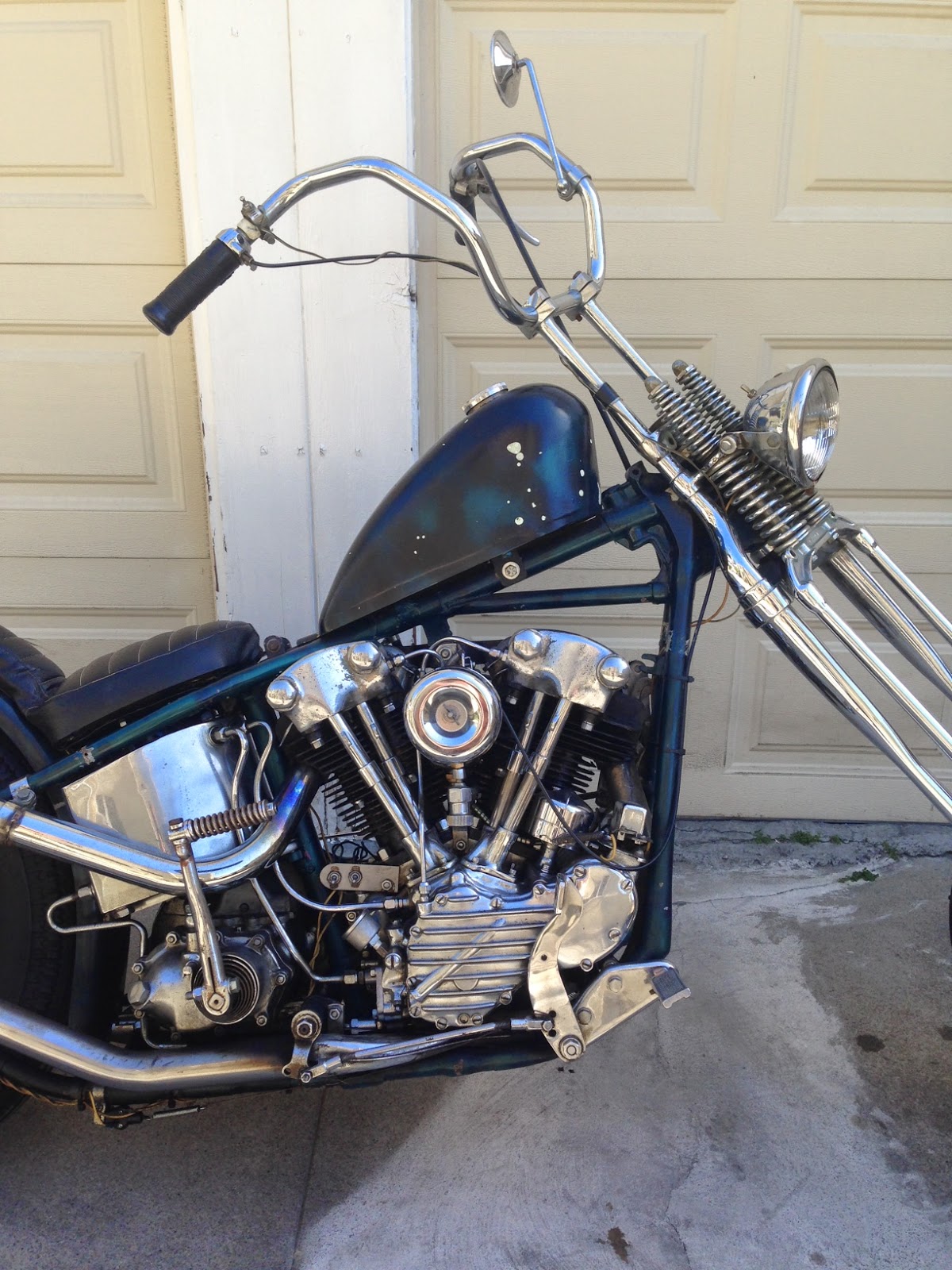 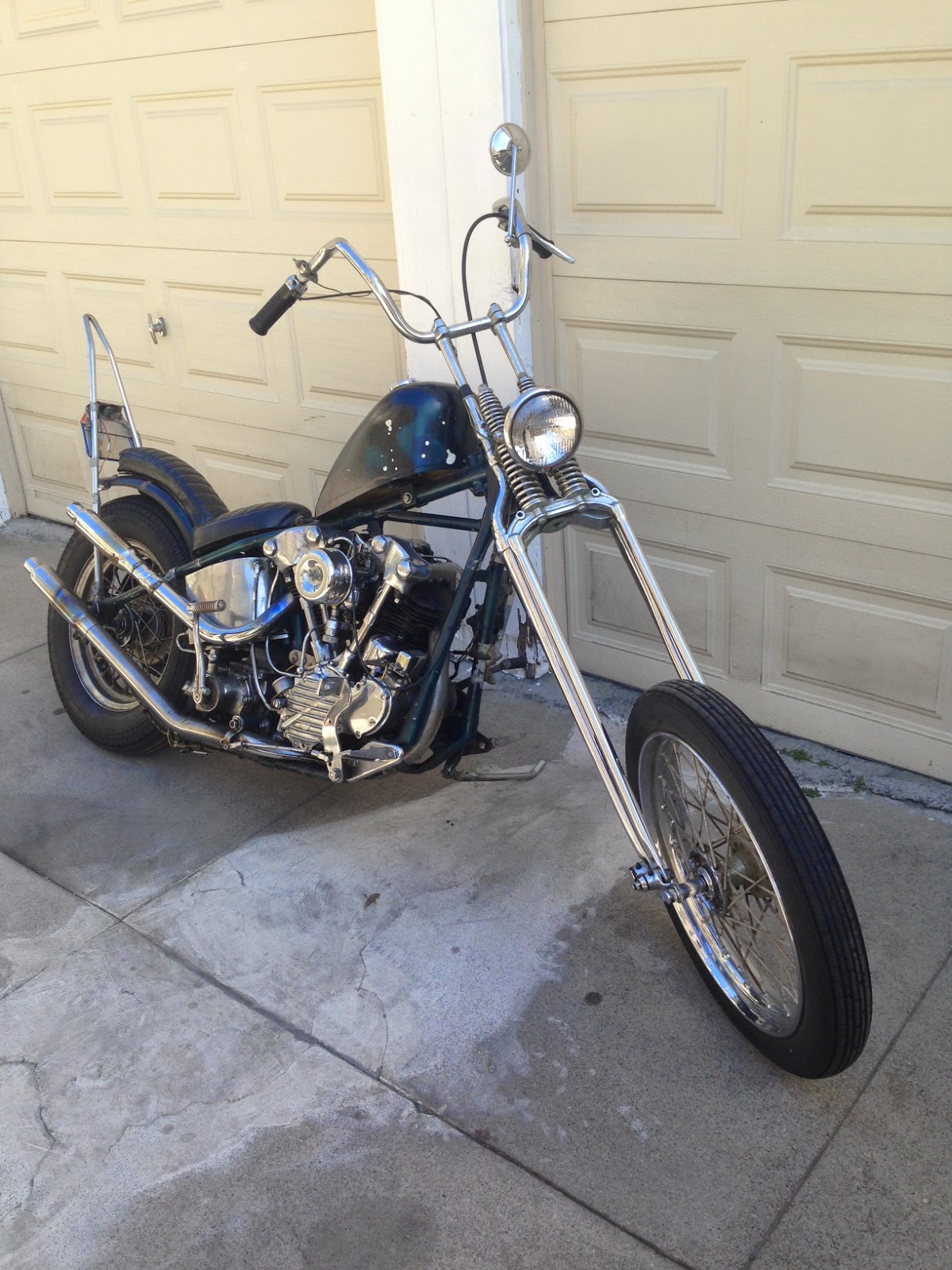 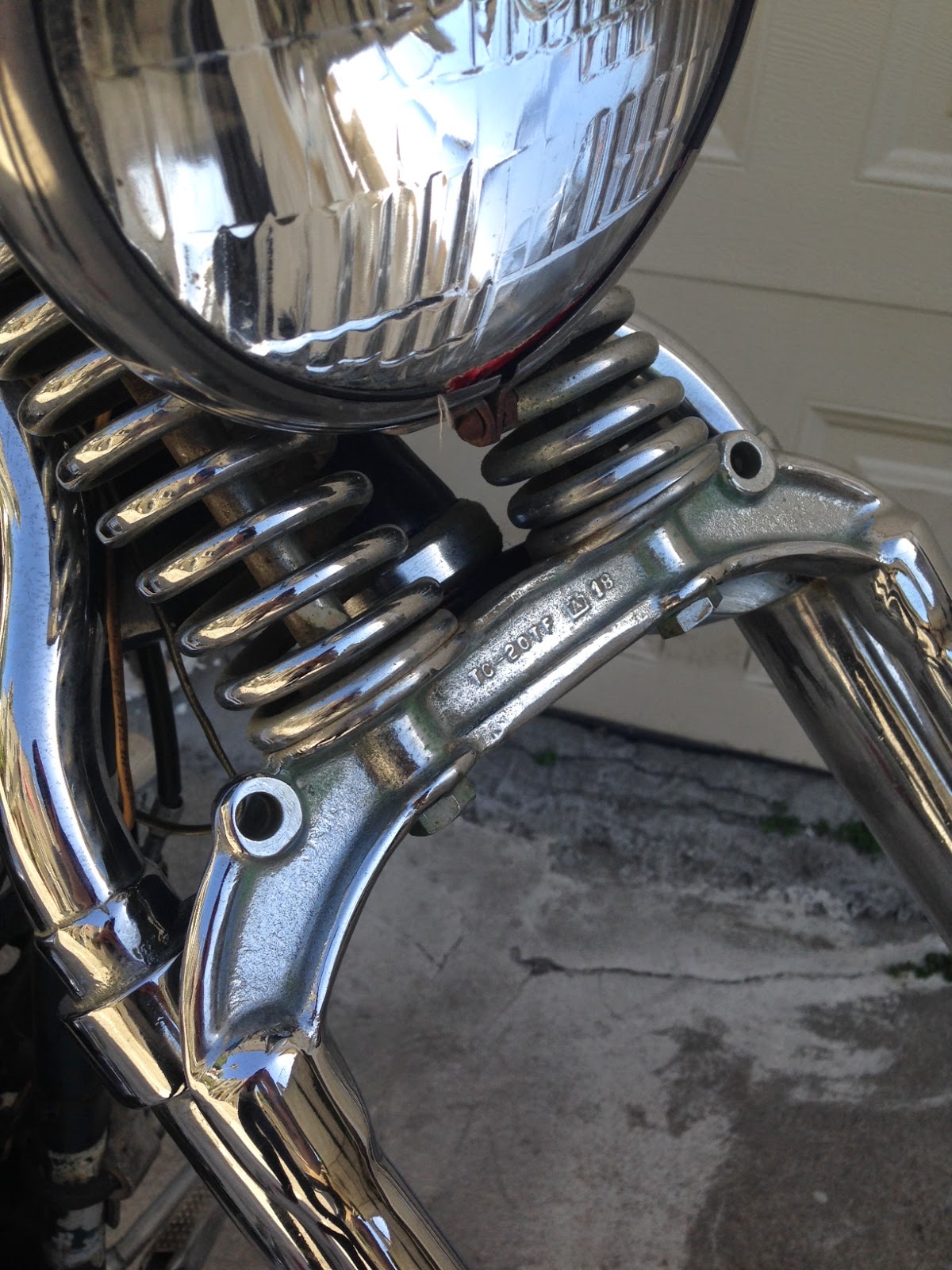 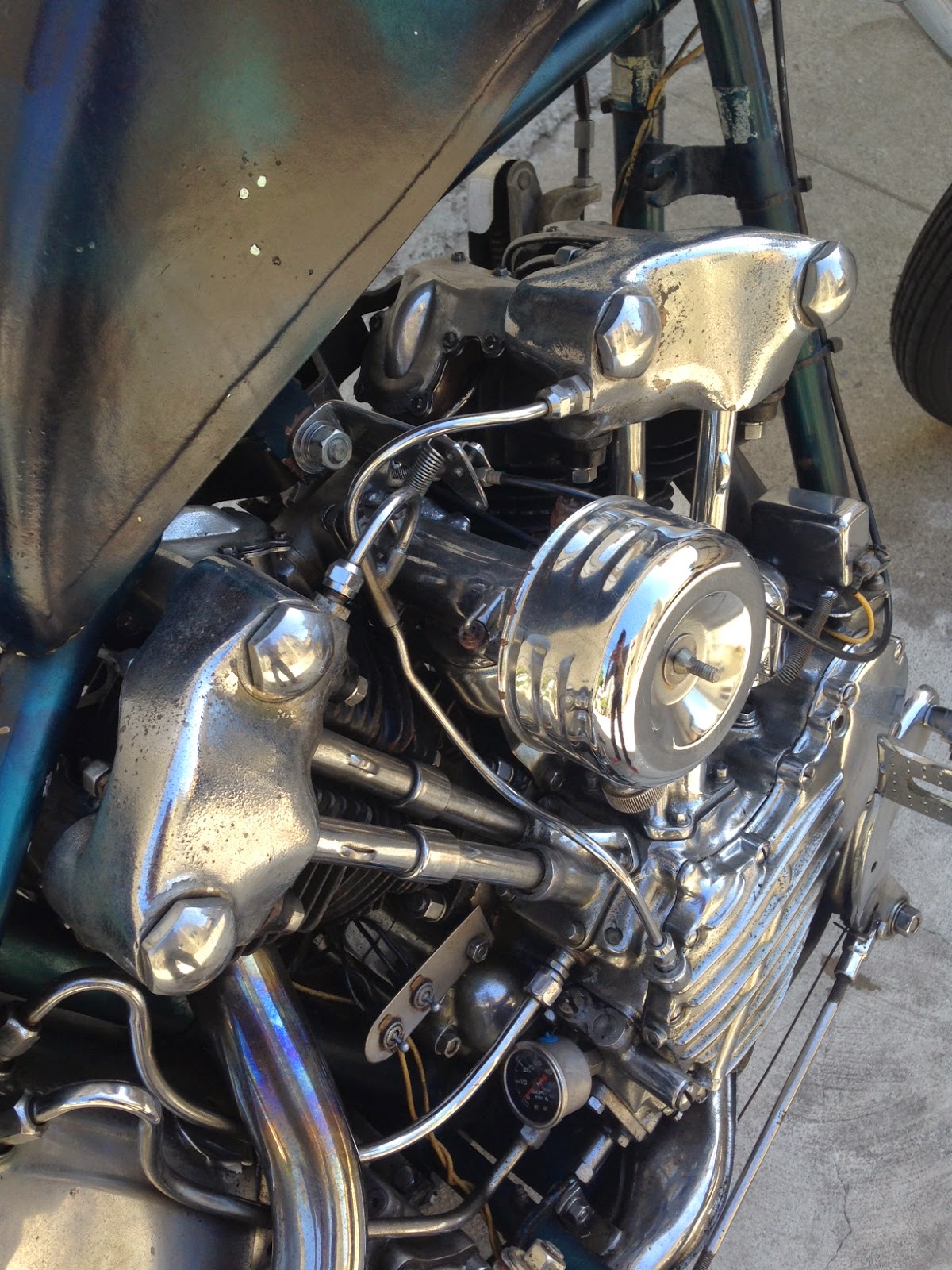 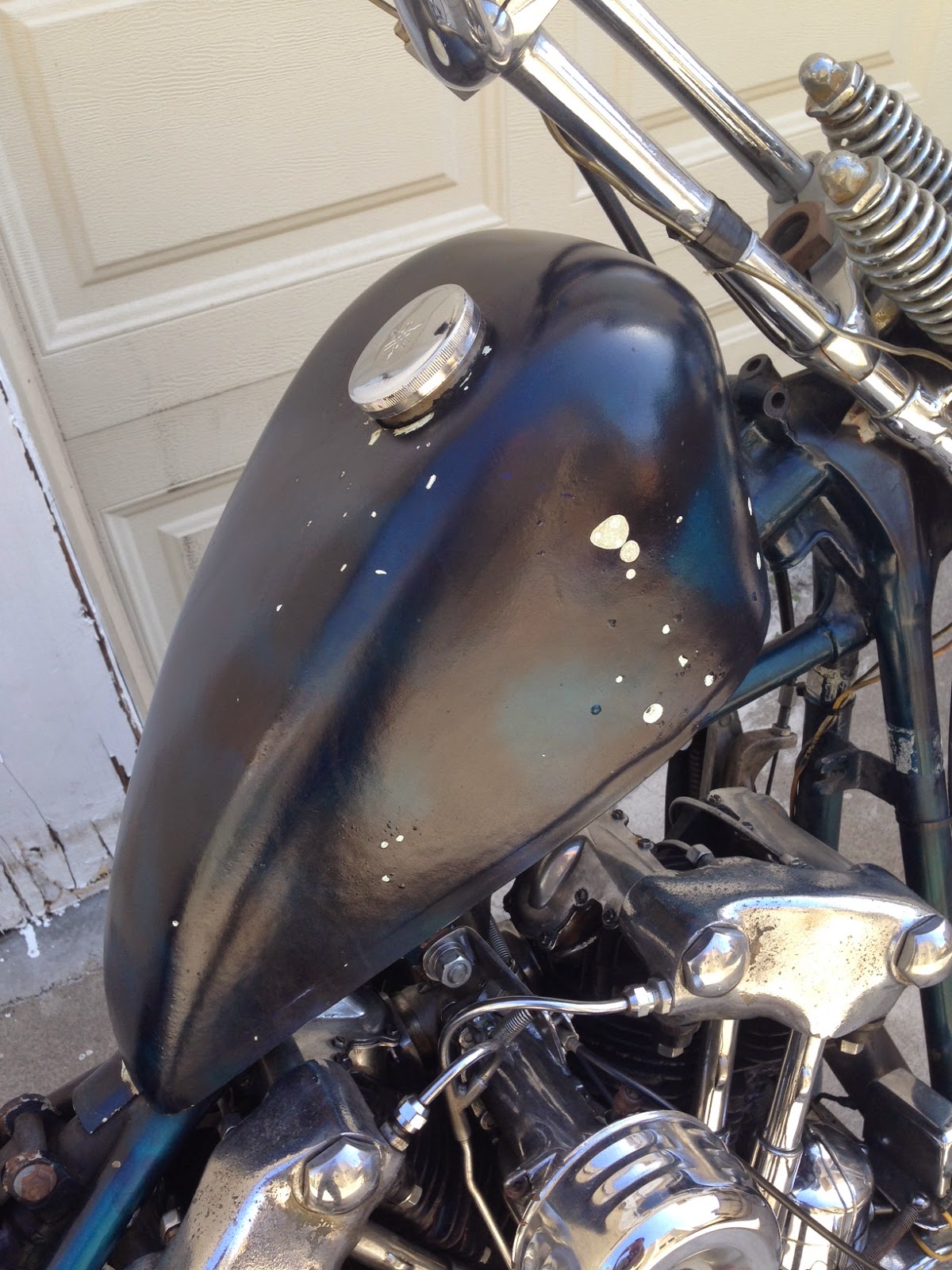 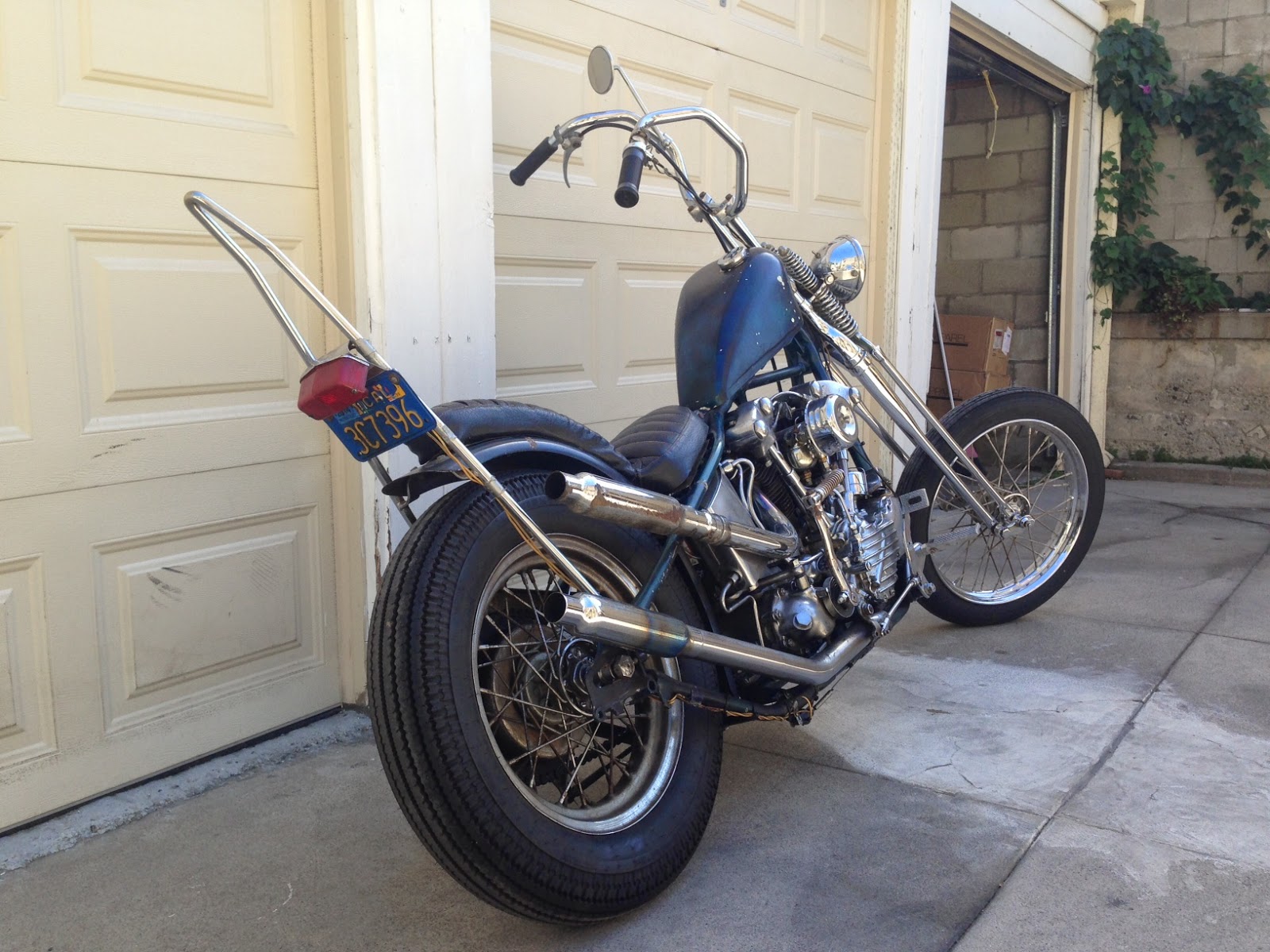 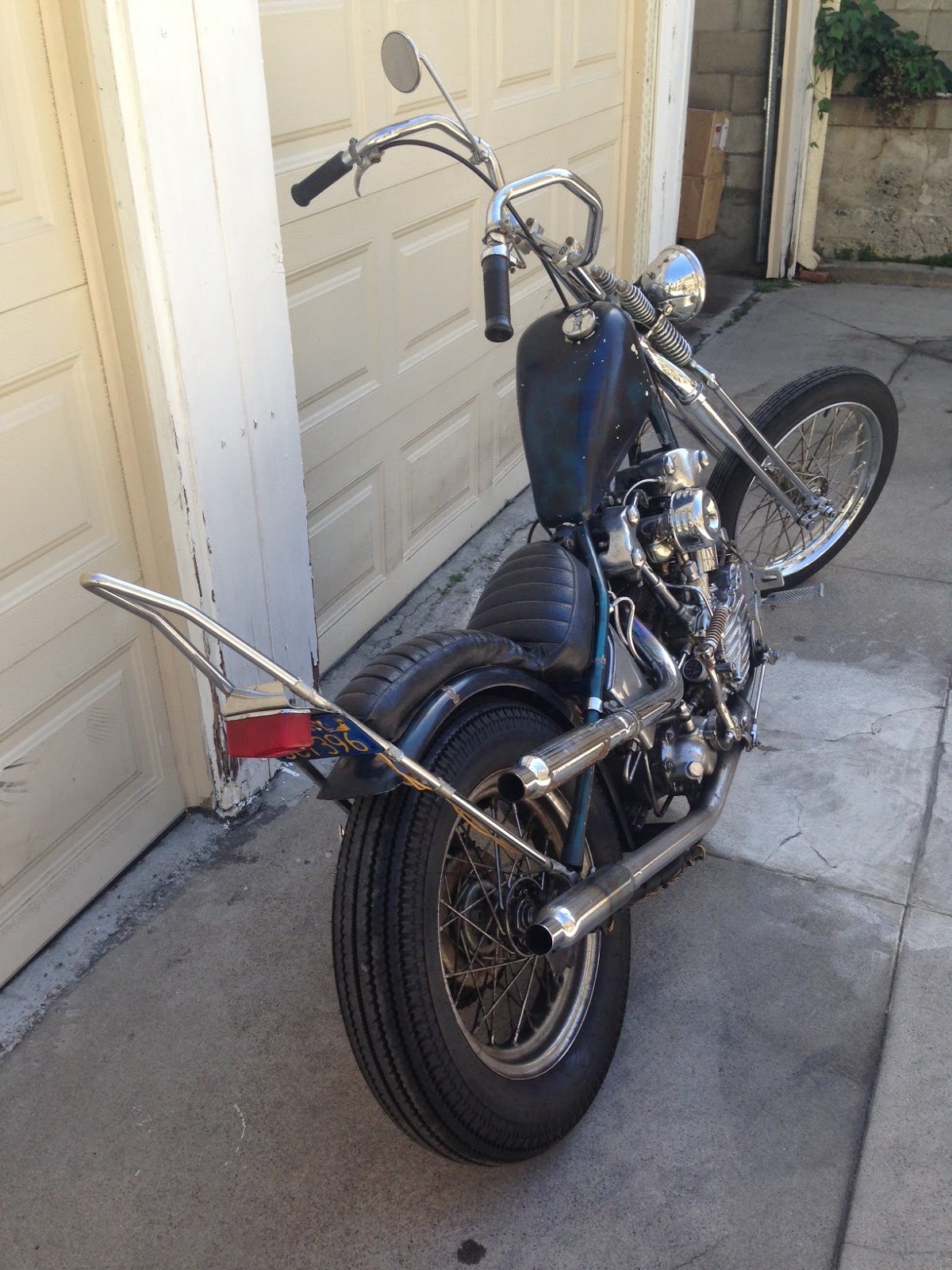 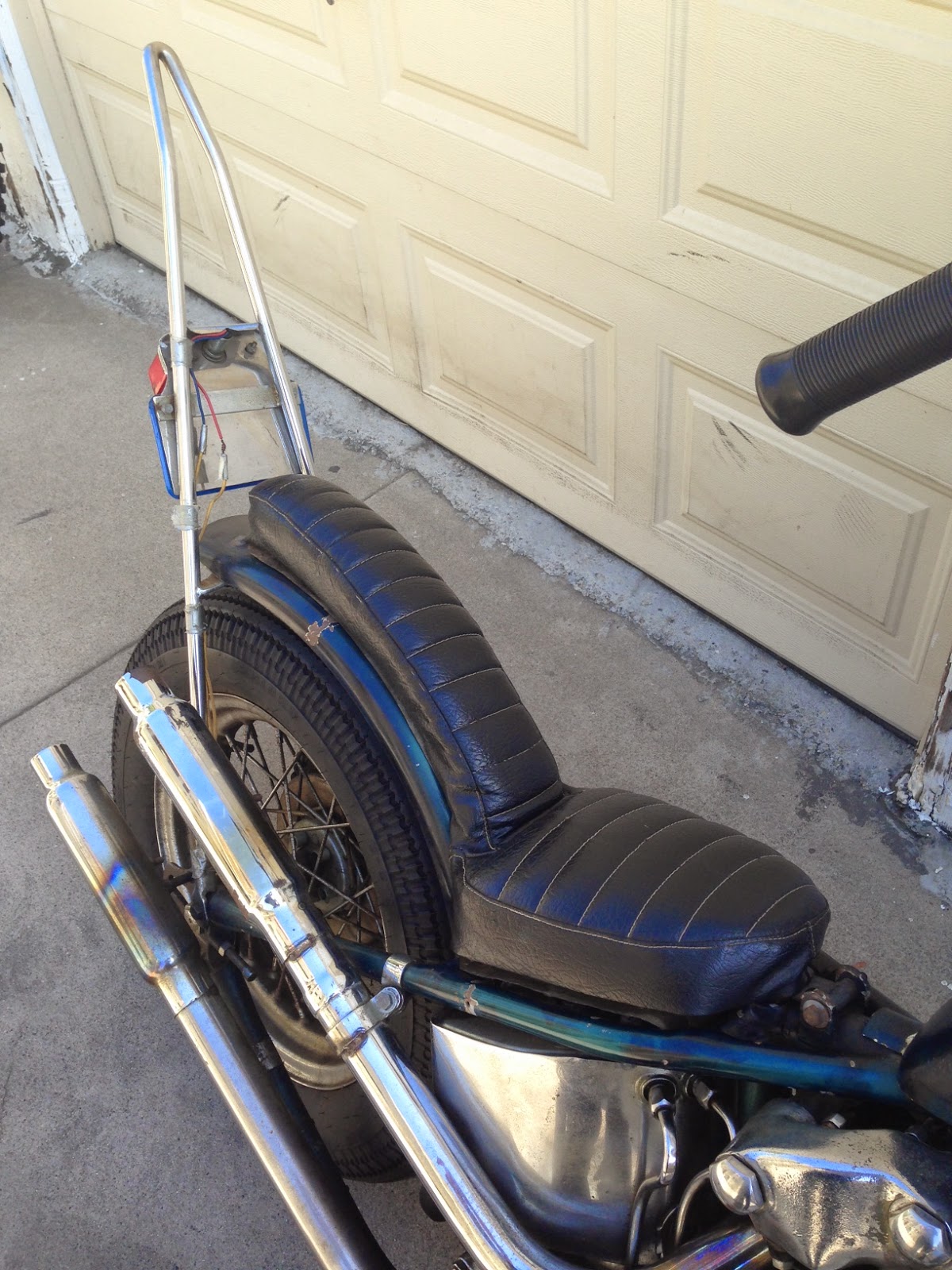 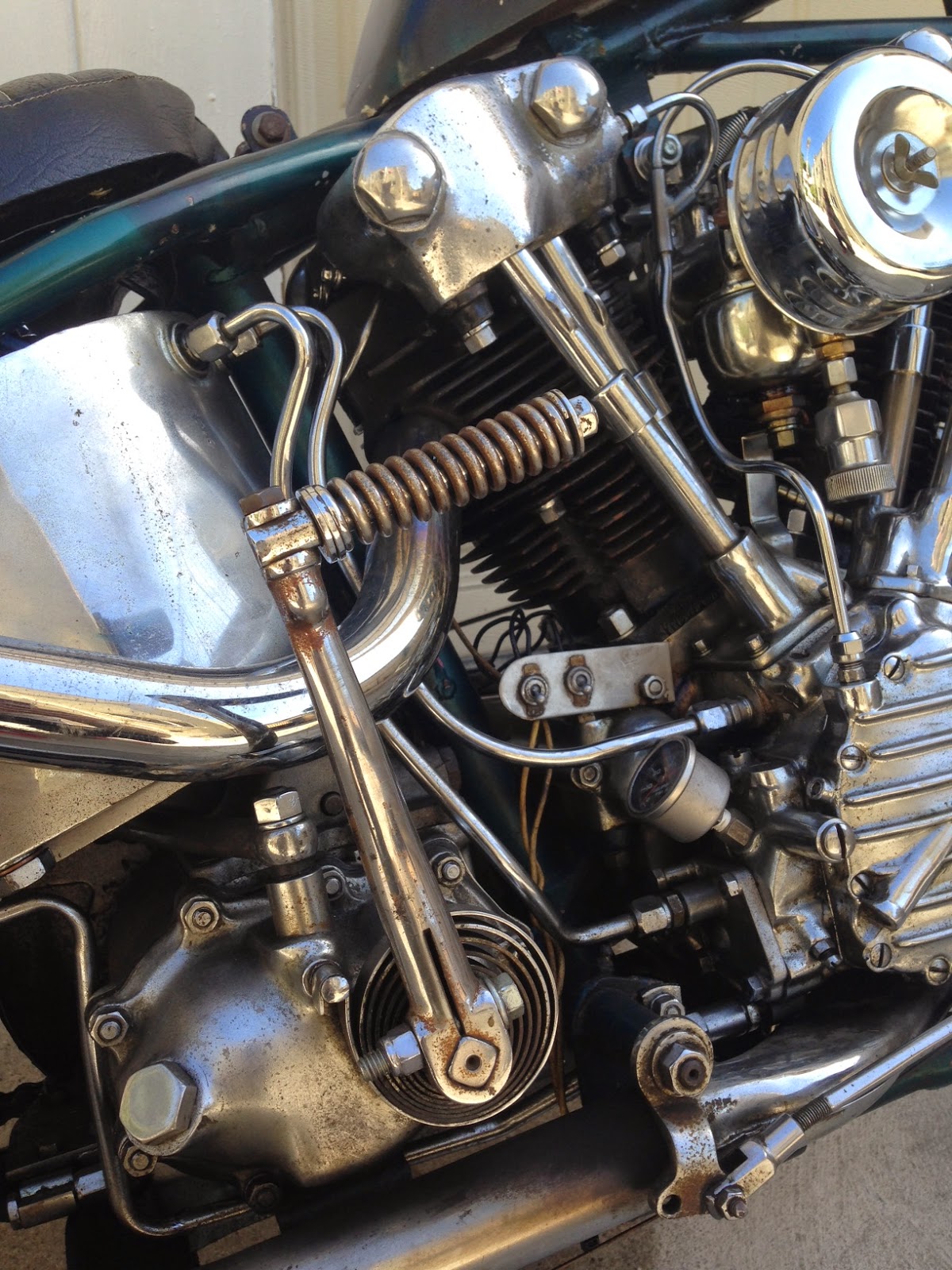 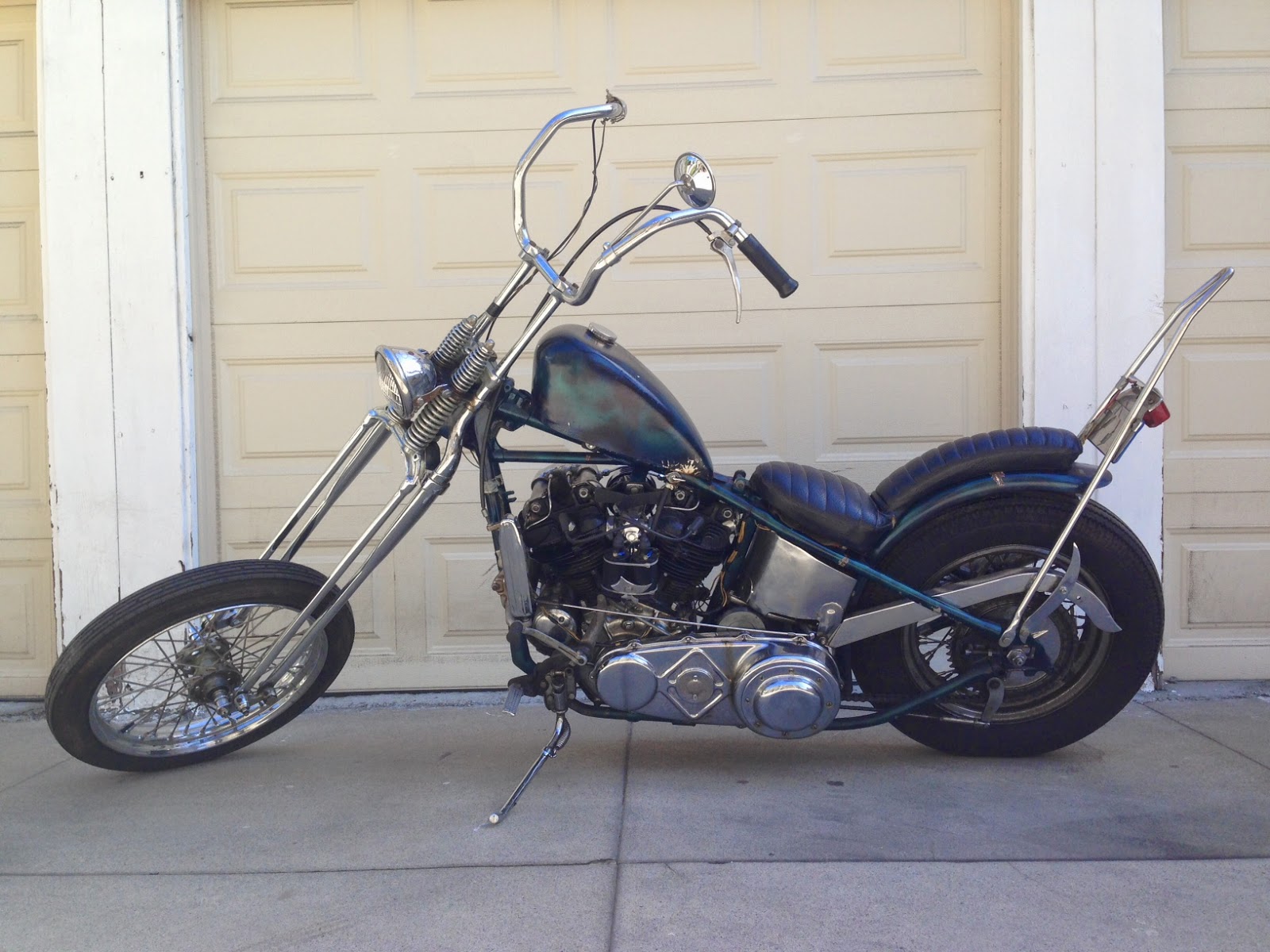 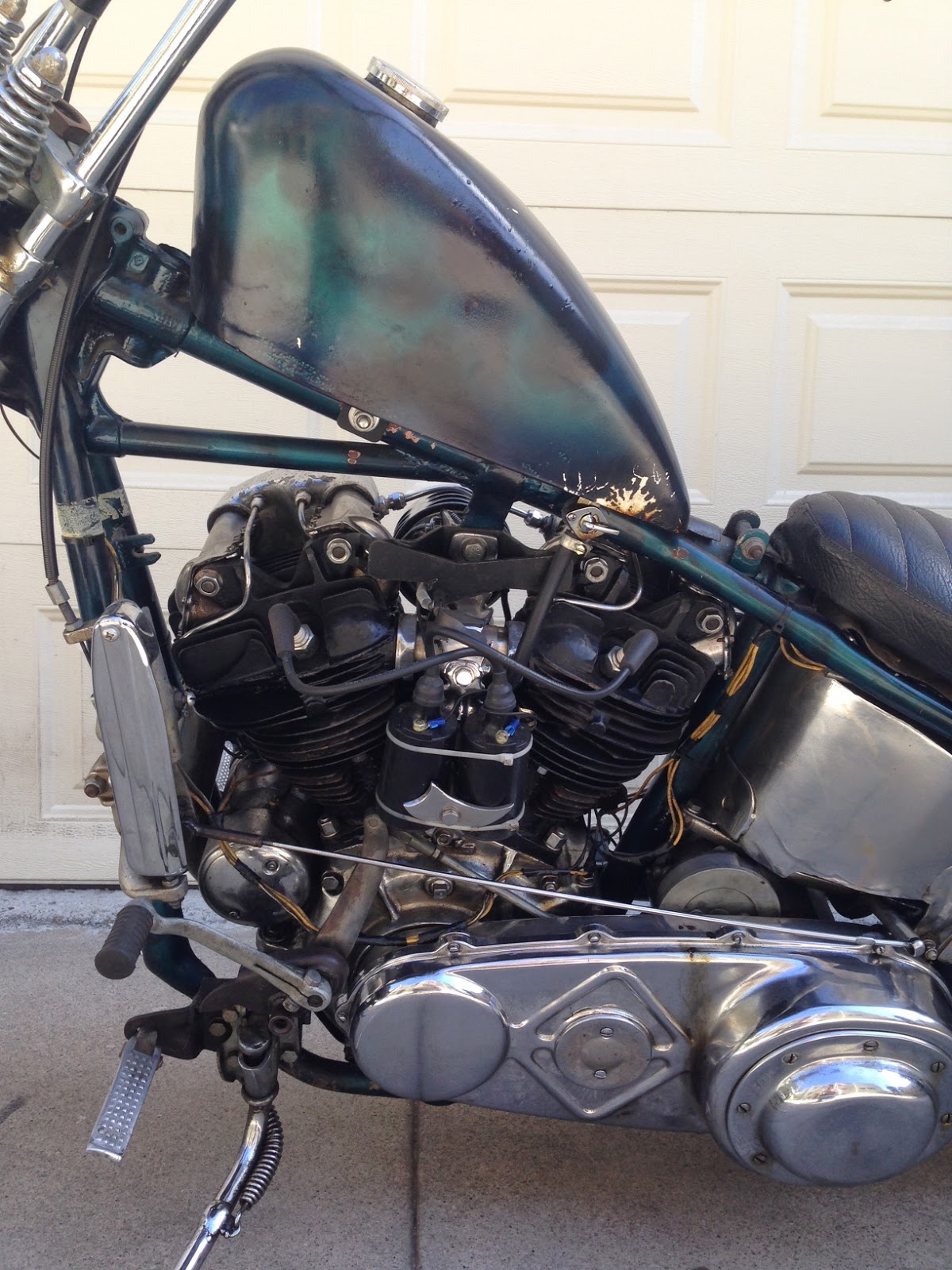 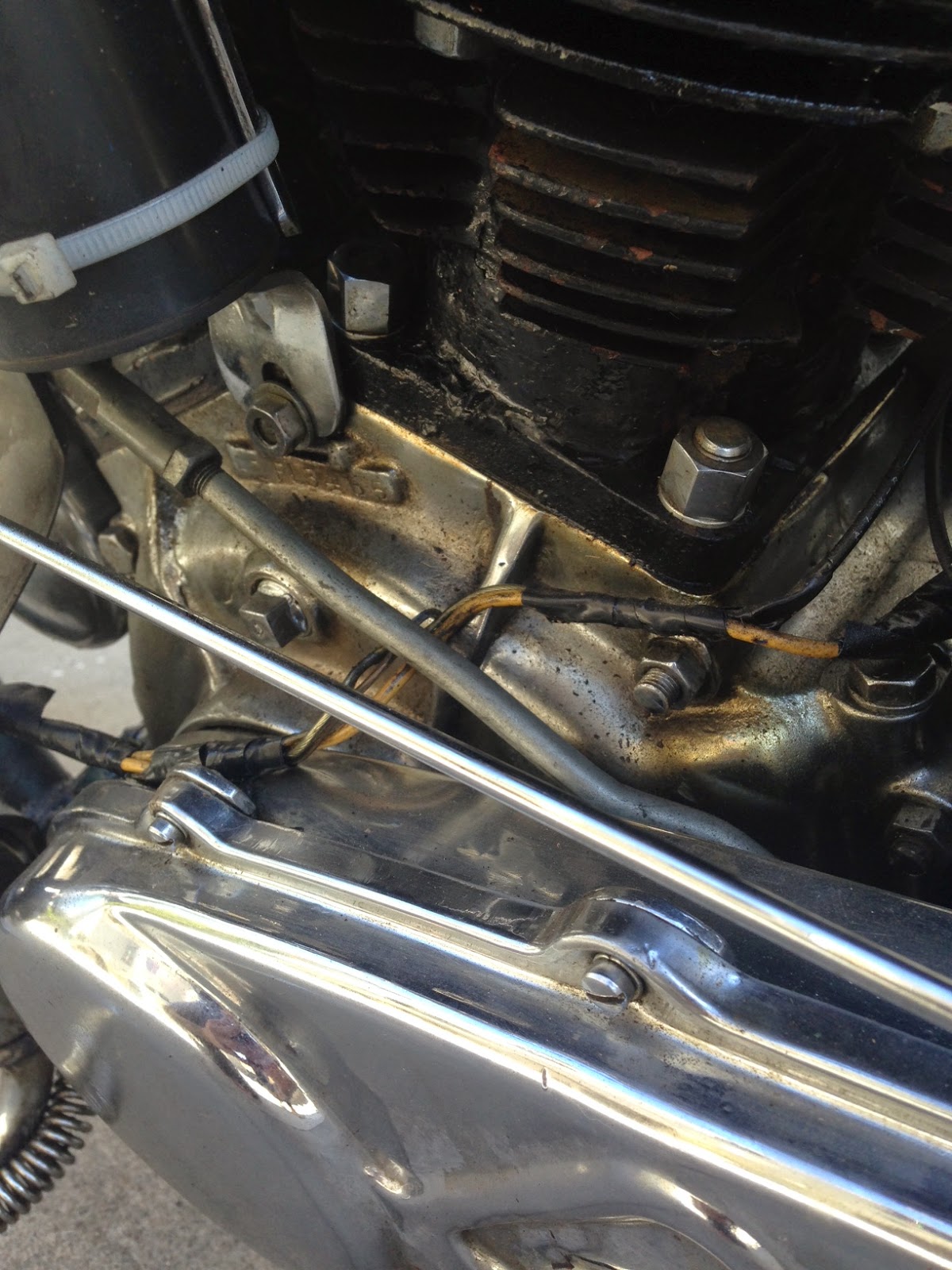 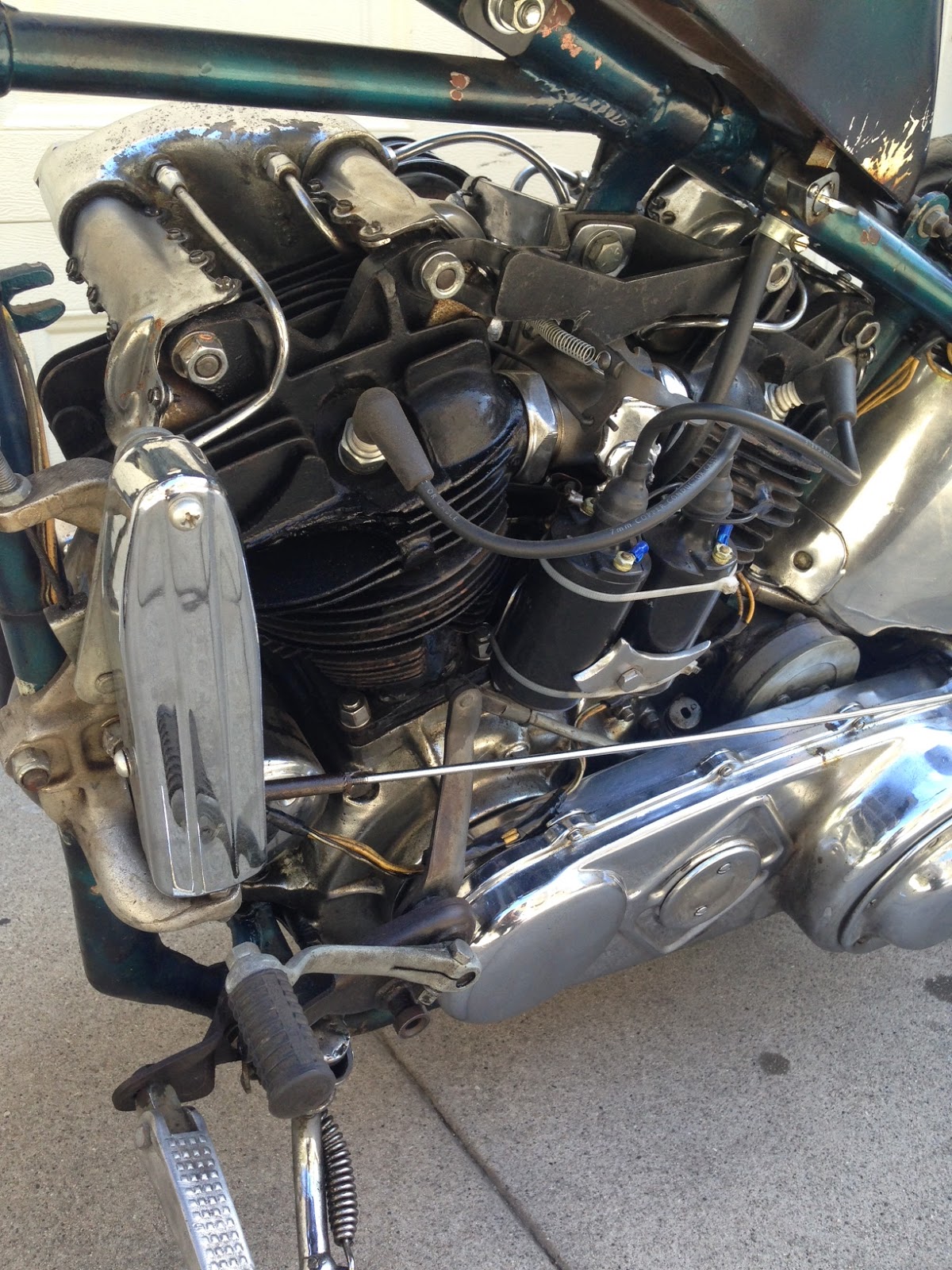 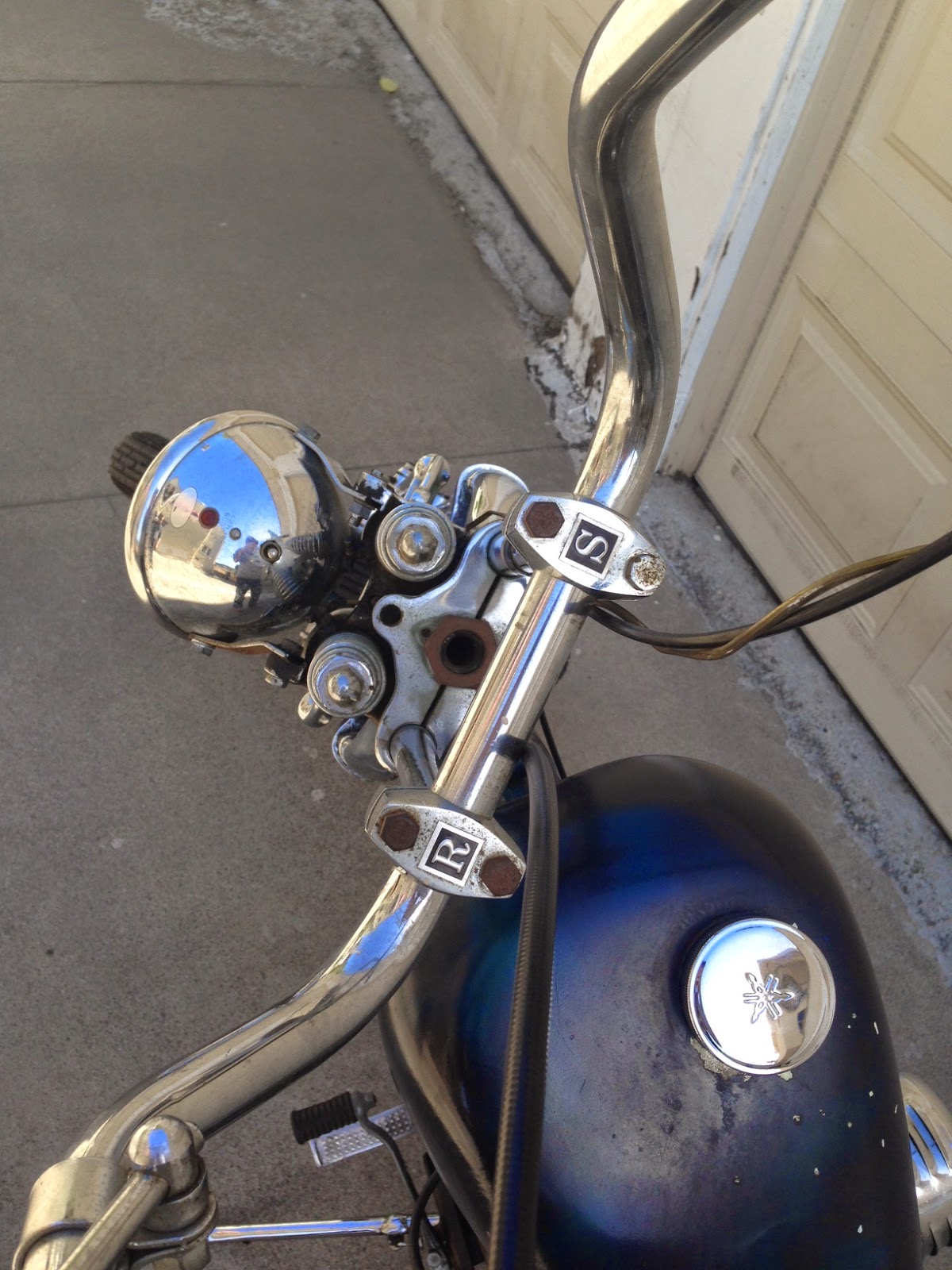 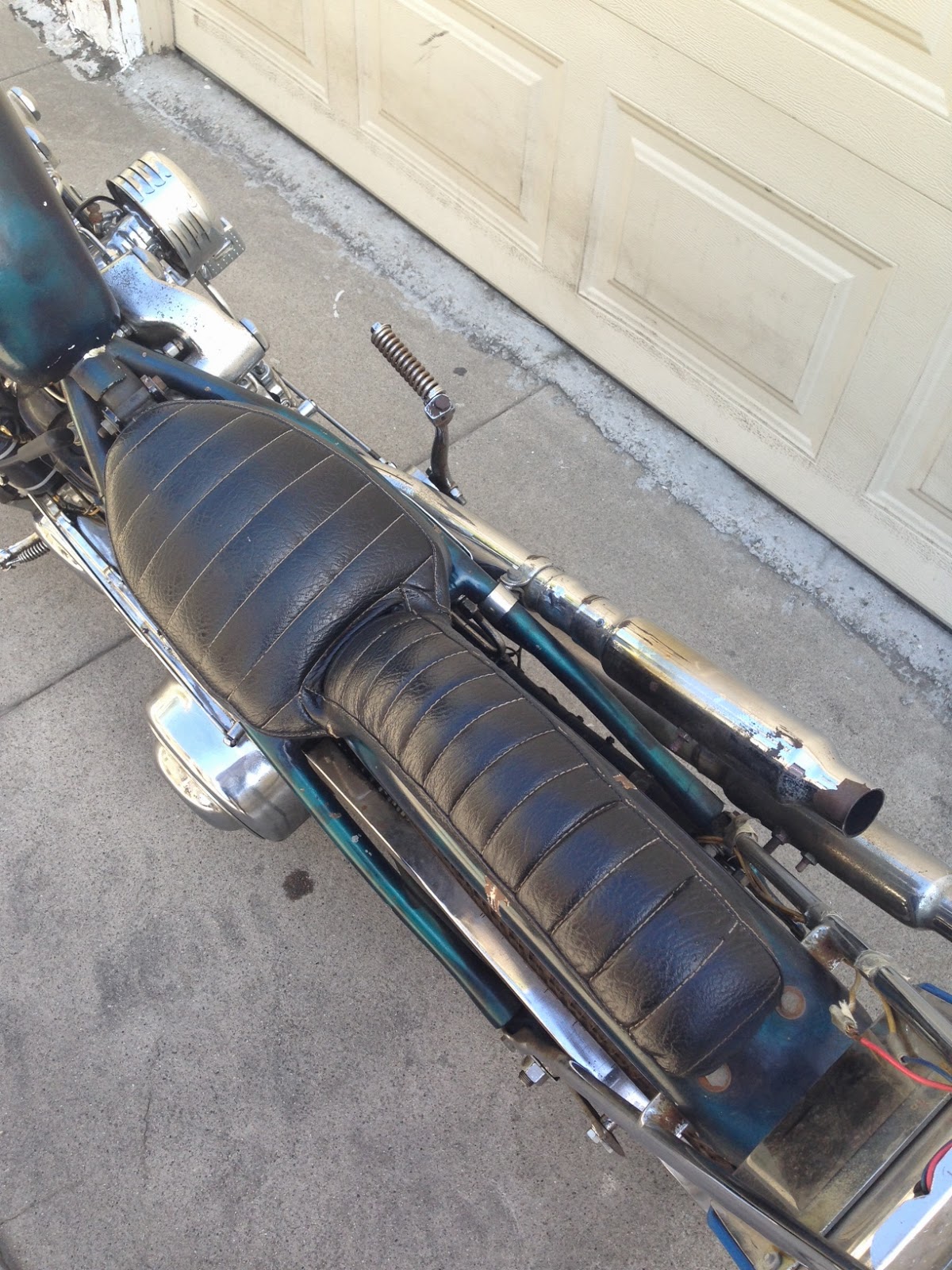 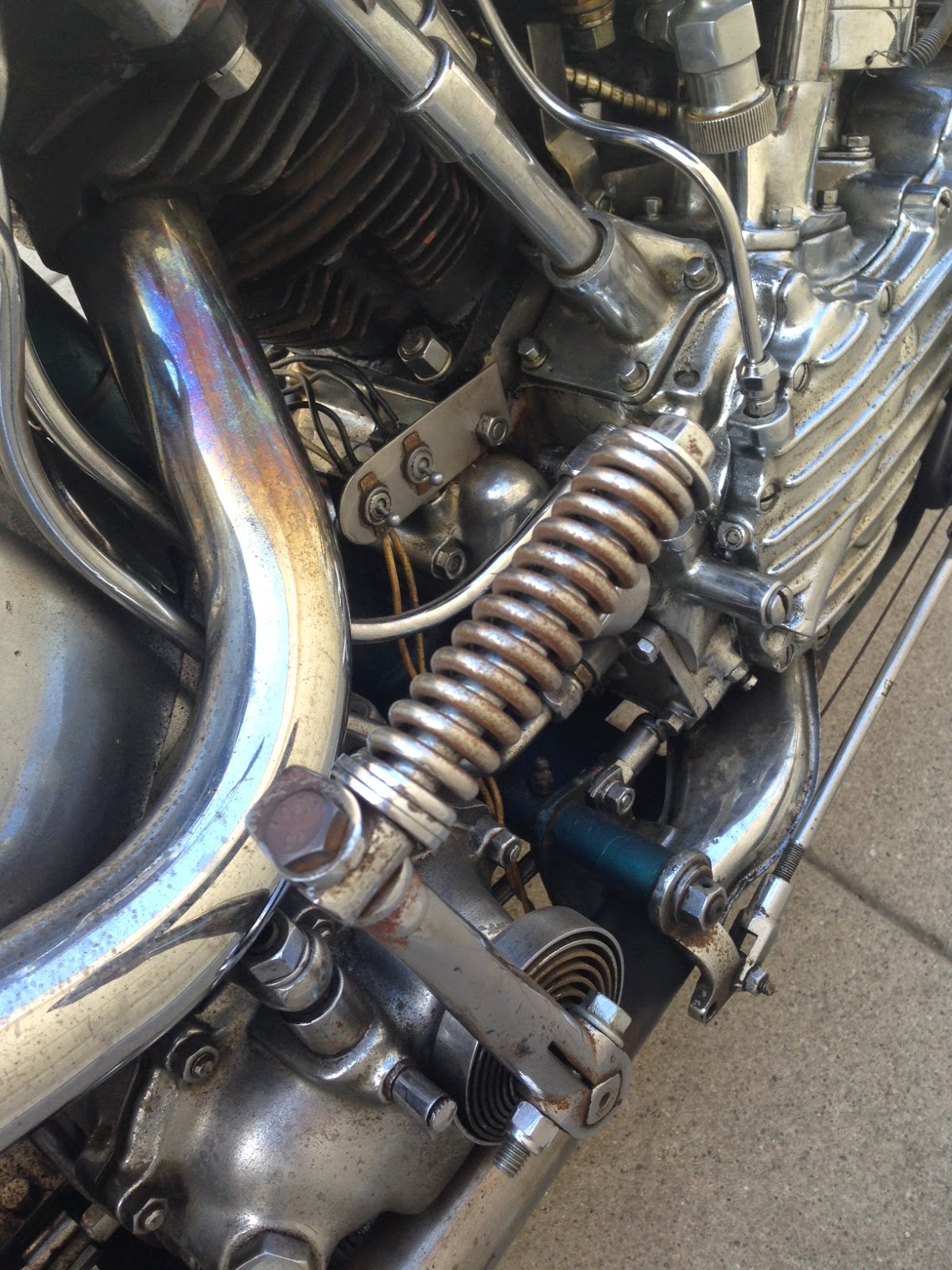 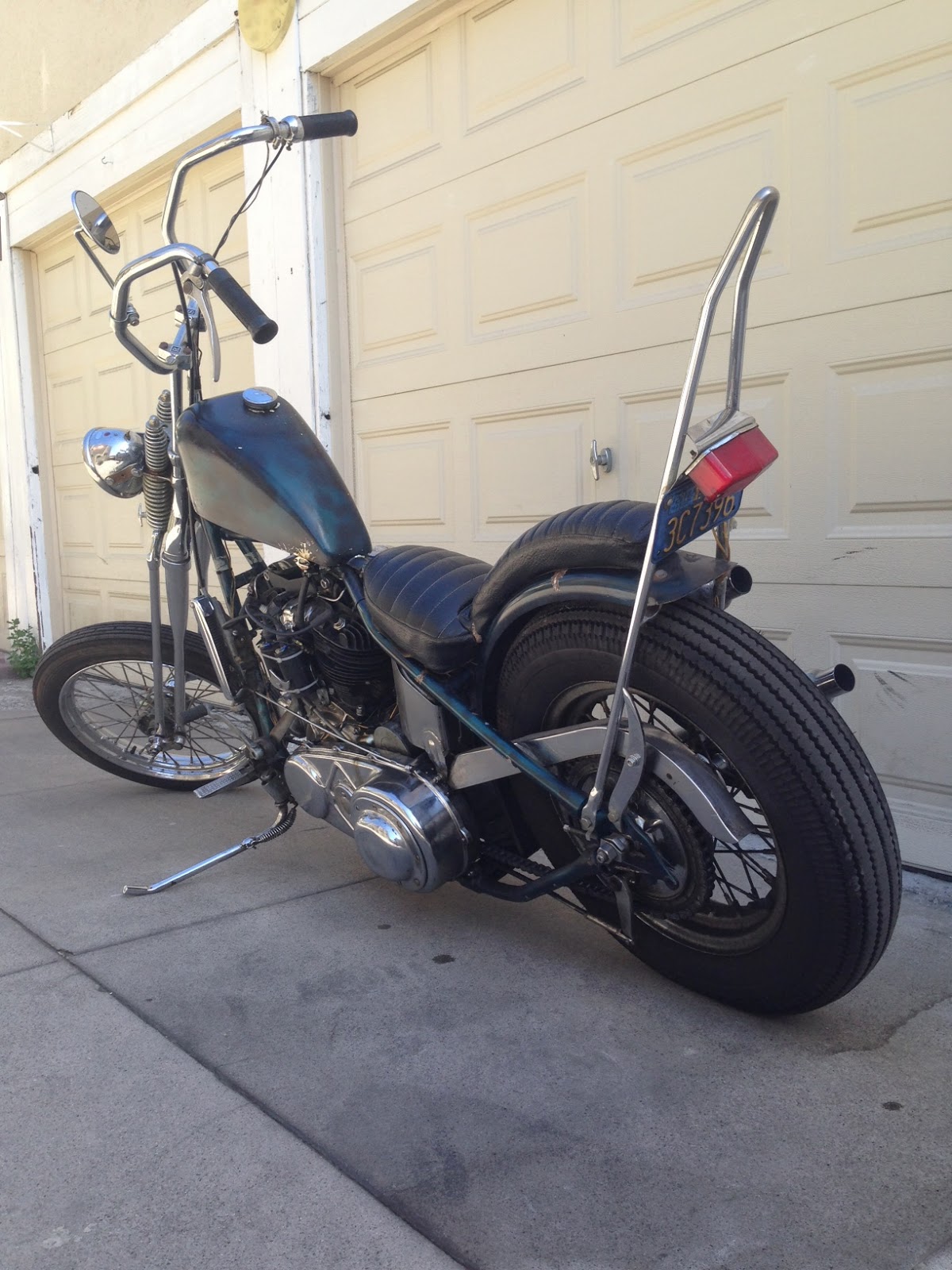 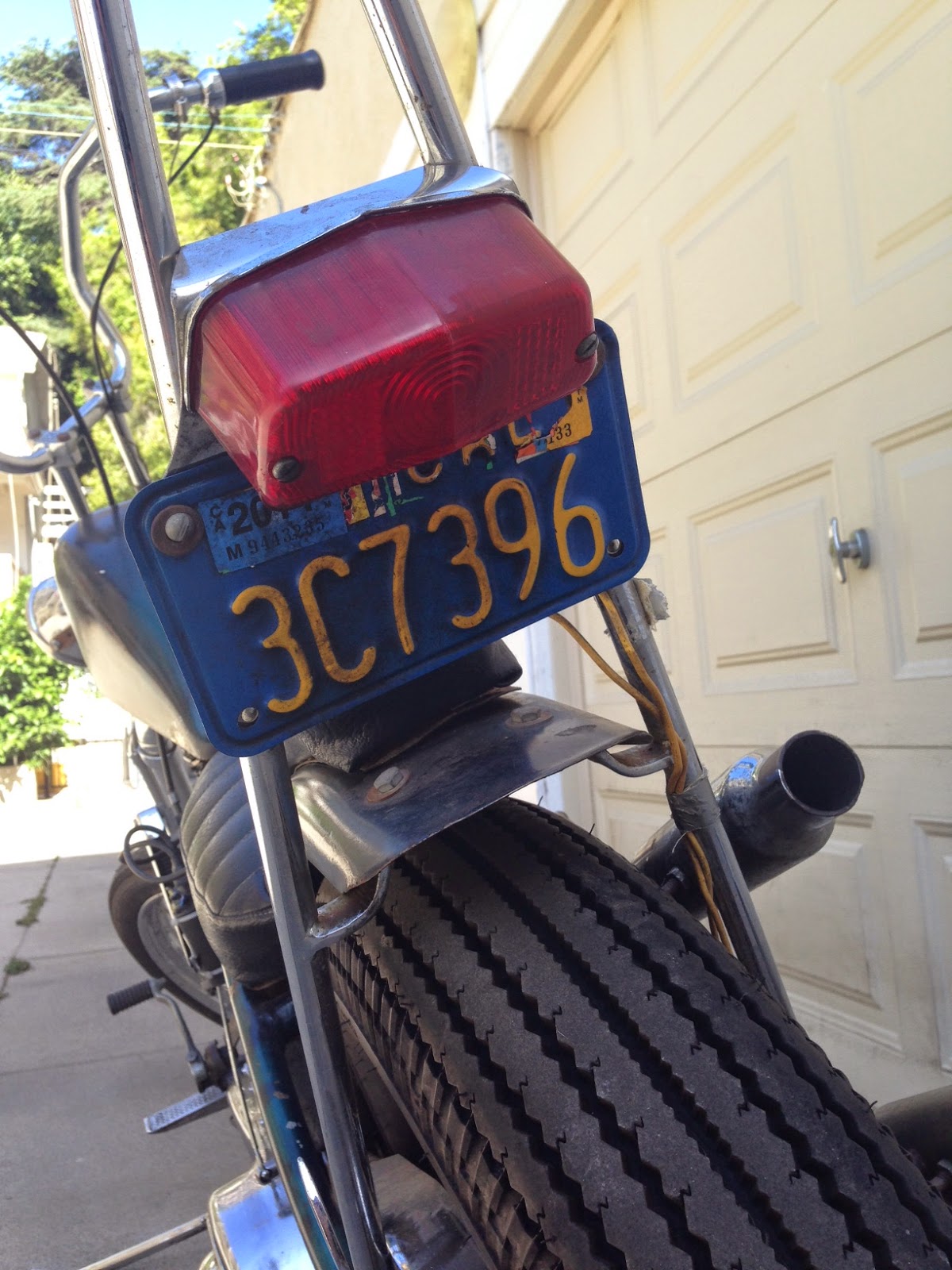 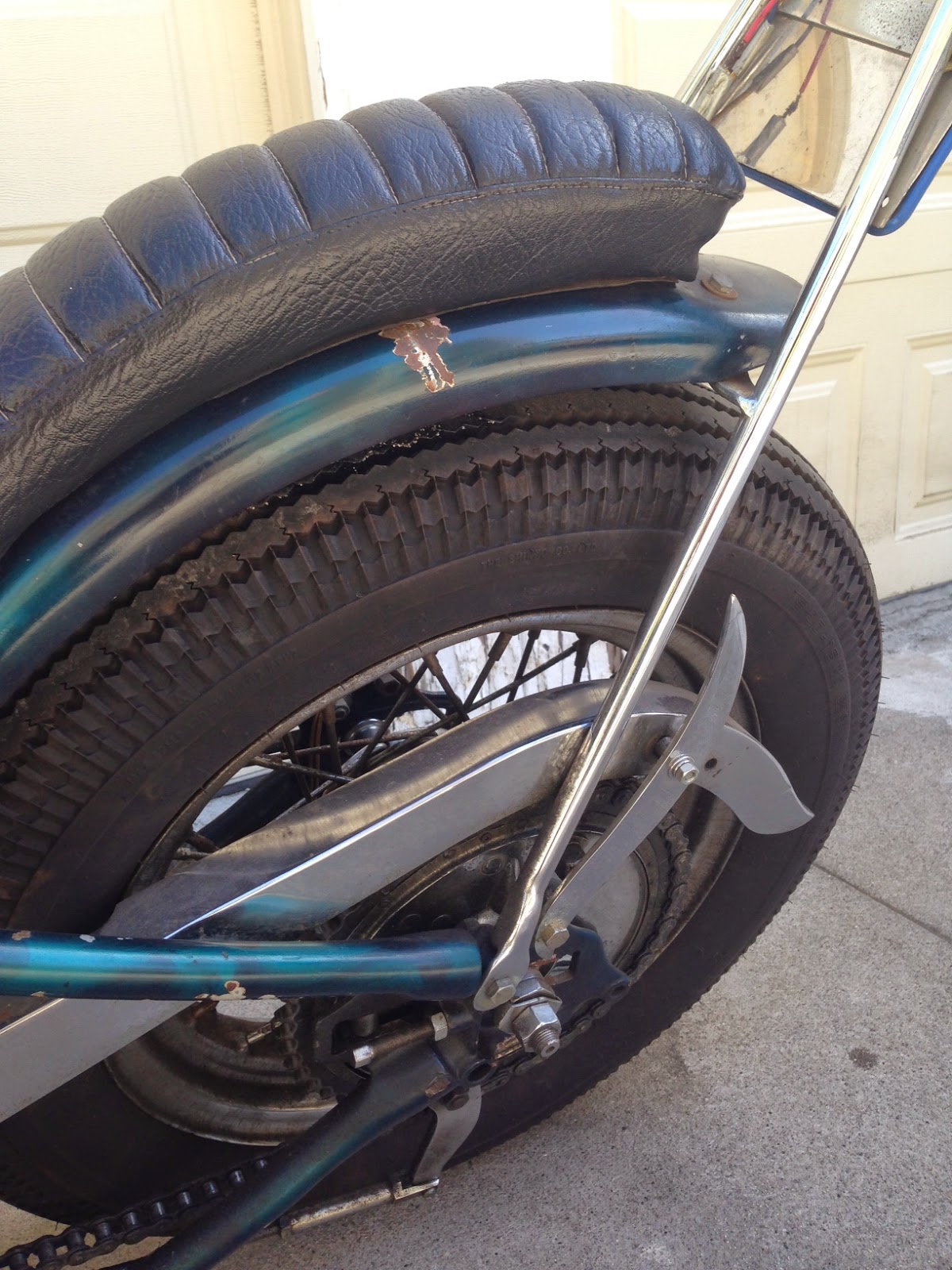 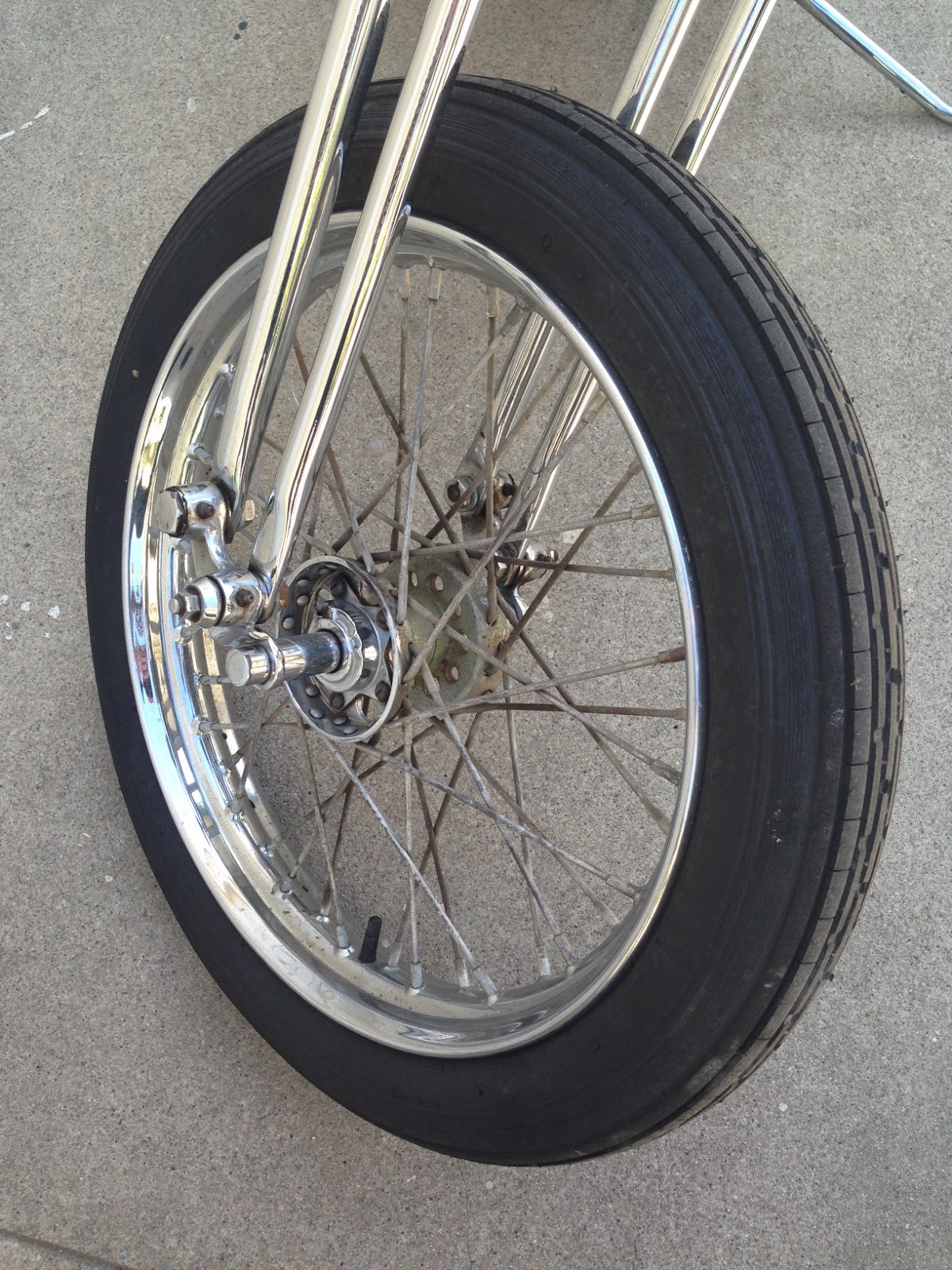 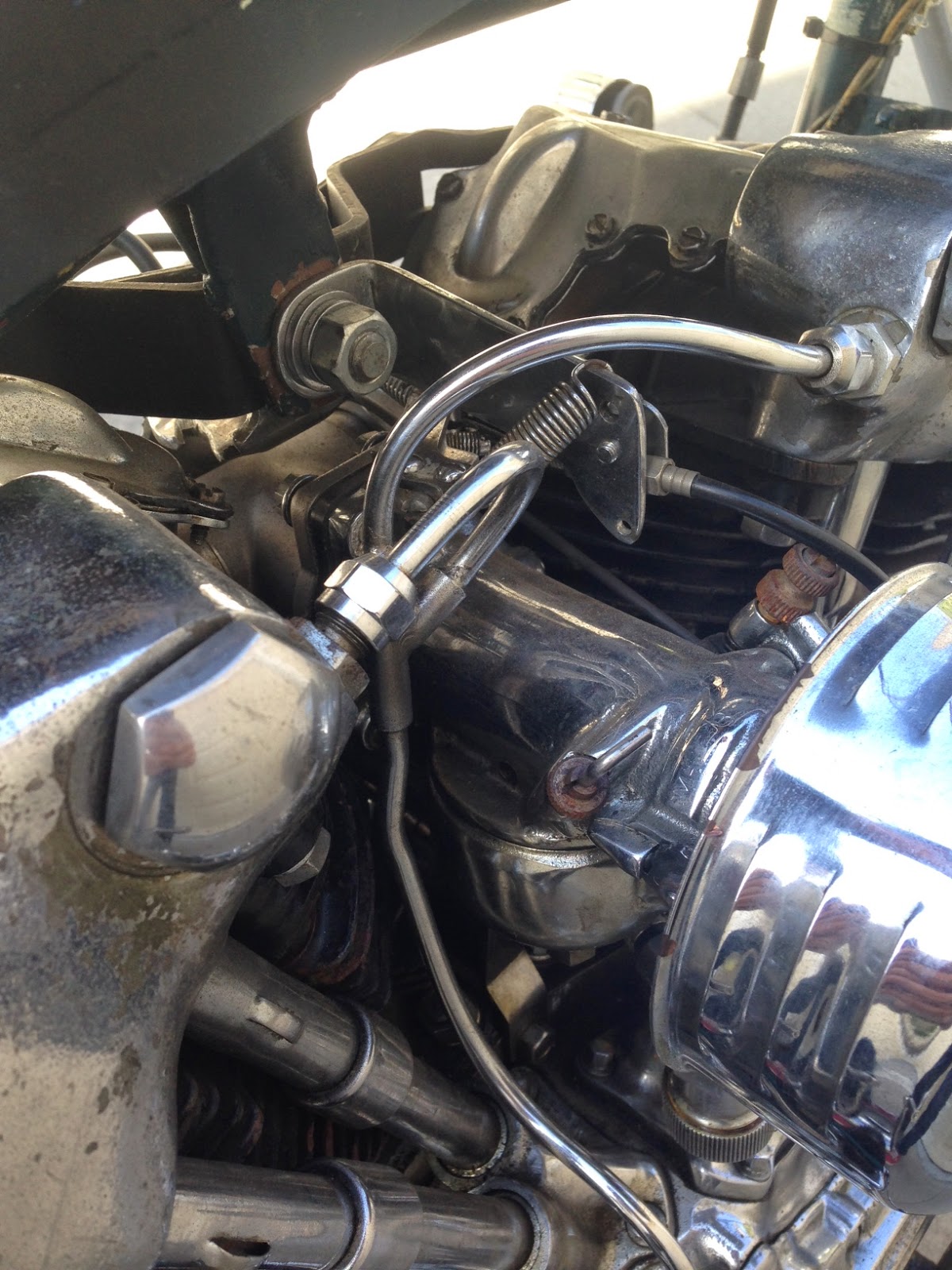 It has a freshly rebuilt motor and trans and new tires, the rest of it is untouched since 1974. Everything is polished and chromed on the engine! The engine cases are chrome, transmission case/kicker cover is chrome, lifter blocks are chrome, Linkert M74B carb is chrome and rocker boxes...all chromed in back in the day. It also has a raked 1941 Knucklehead frame with molding and OEM extended springer.

It's a very cool bike and it runs and rides very nice.

It has a current California title and still has the old blue California license plate.