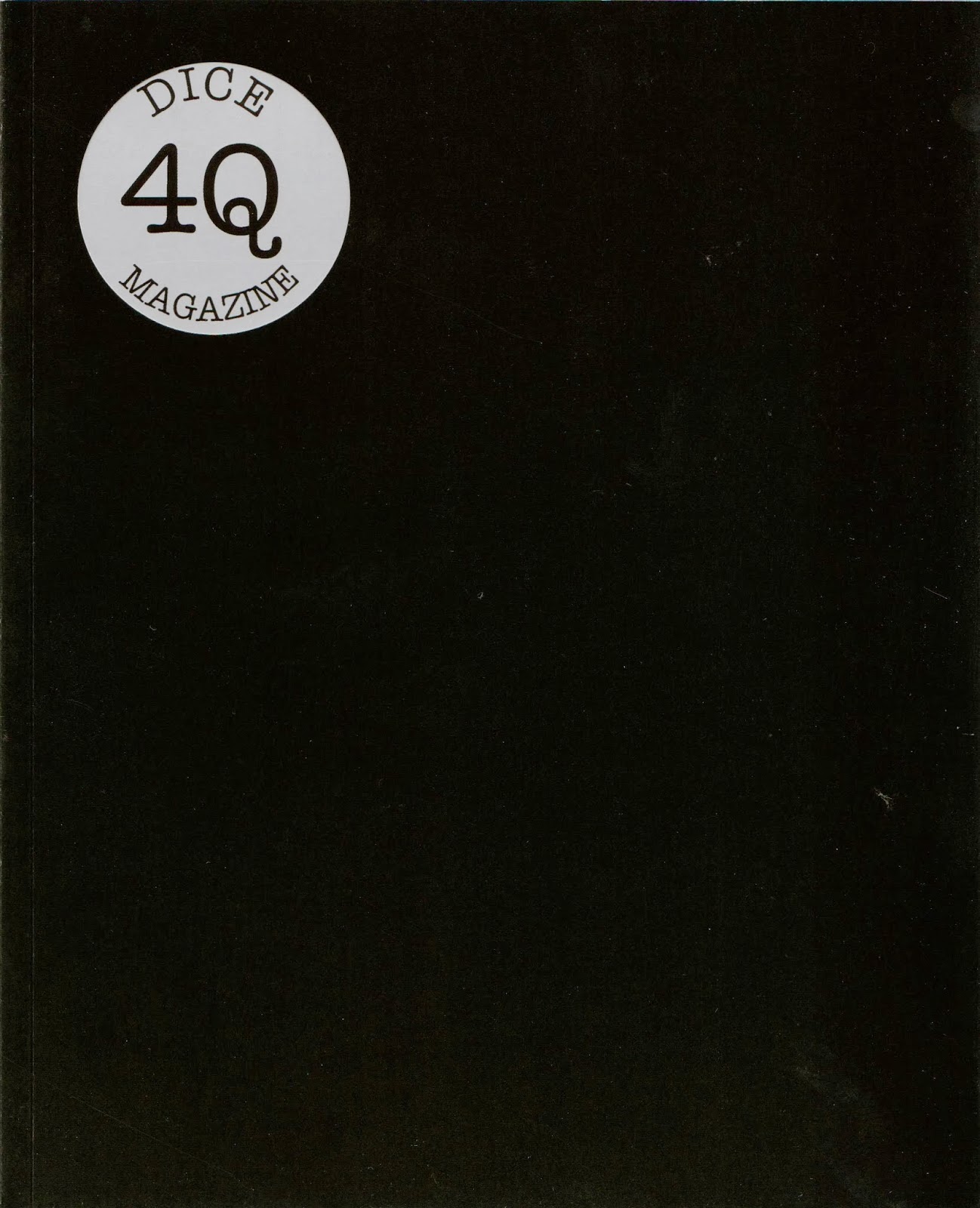 We are really excited about this here issue. It's number 54 and it is in collaboration with our good friend Max Schaaf from Oakland, California.
It has everything a good magazine should have; motorcycles from around the world, hot chicks, ugly dudes and most of all... family and friends.
We proudly present, The 4Q Issue. 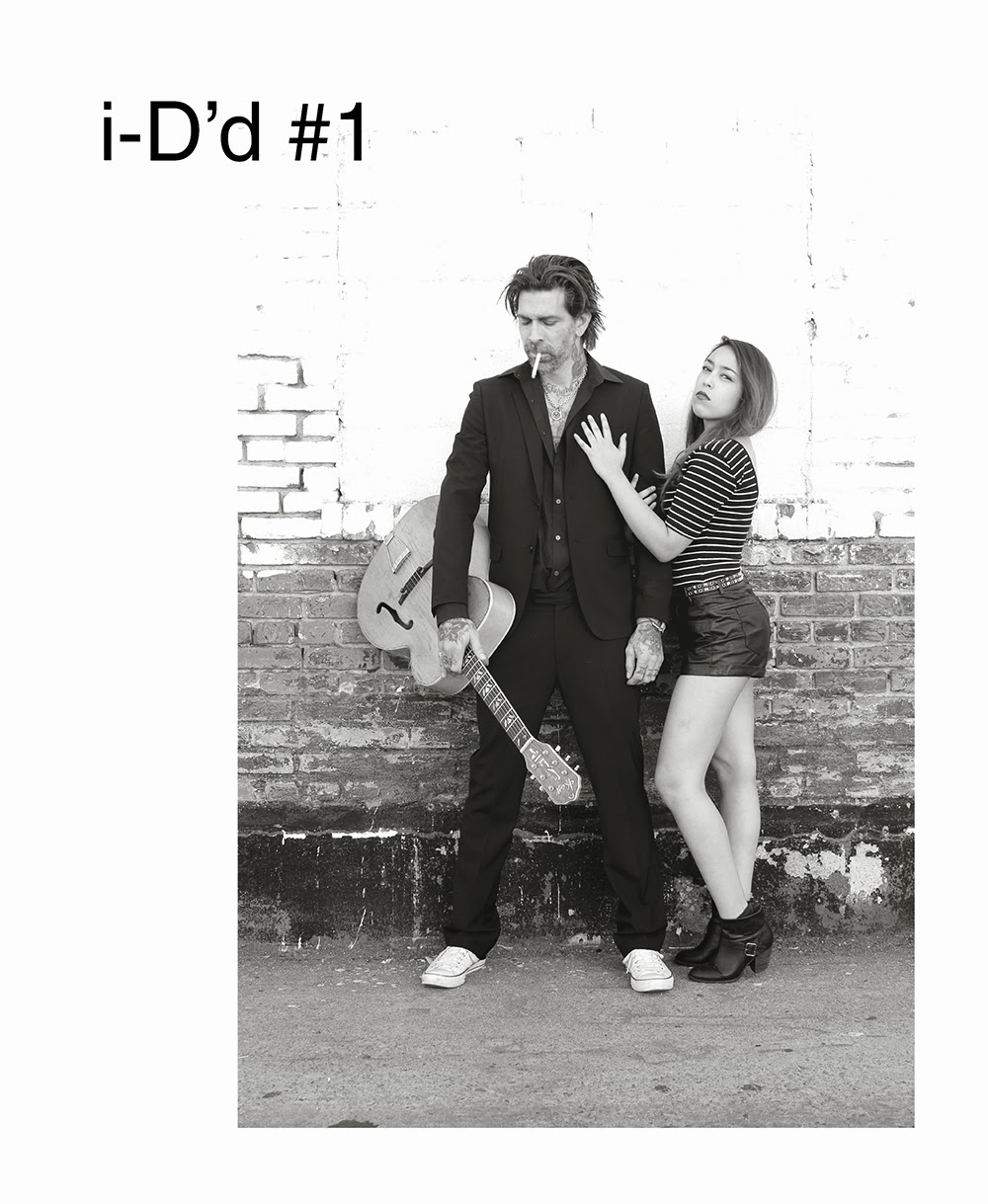 We decided to take photographs of a bunch of our friends and create an 16 page insert as a homage to the fantastic i-D magazine from the 1980's. 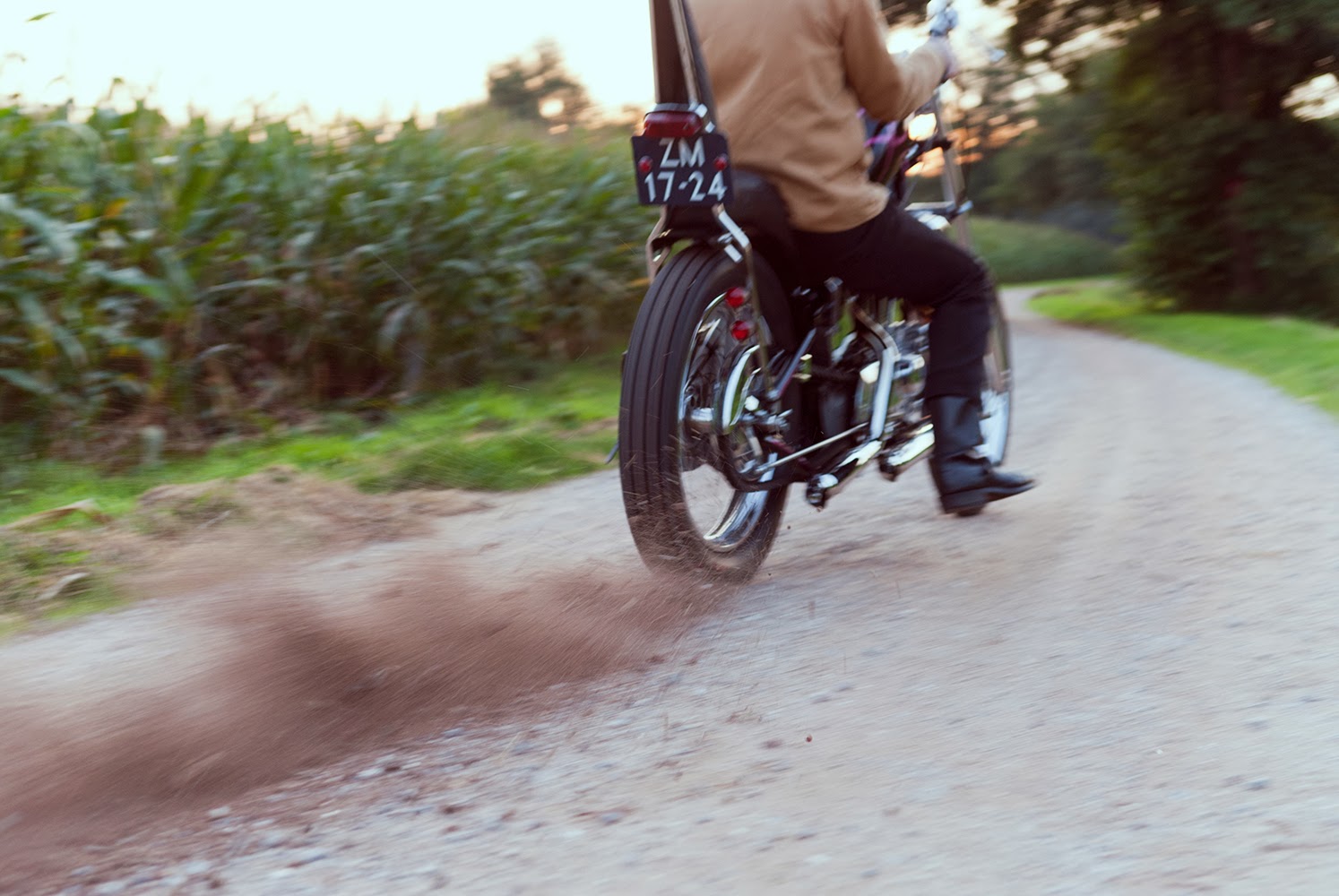 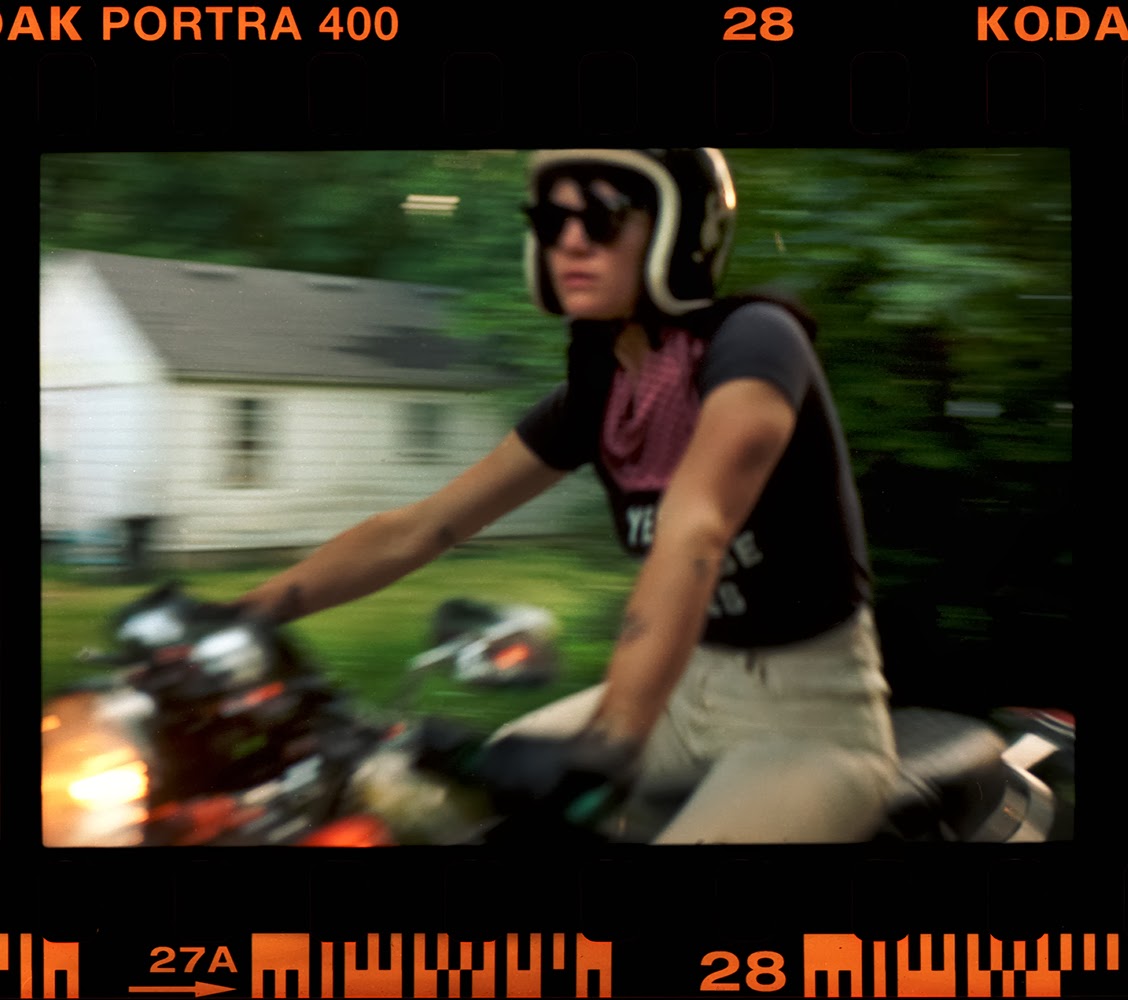 A lot of people were bummed out with me because last time I talked about homosexuality amoungst hamsters and how it is a proven fact that they can't get enough of the 'rough stuff'. Well I'm sorry people you will just have to deal with it...hamsters are benders too.
Photo: Michael Schmidt. 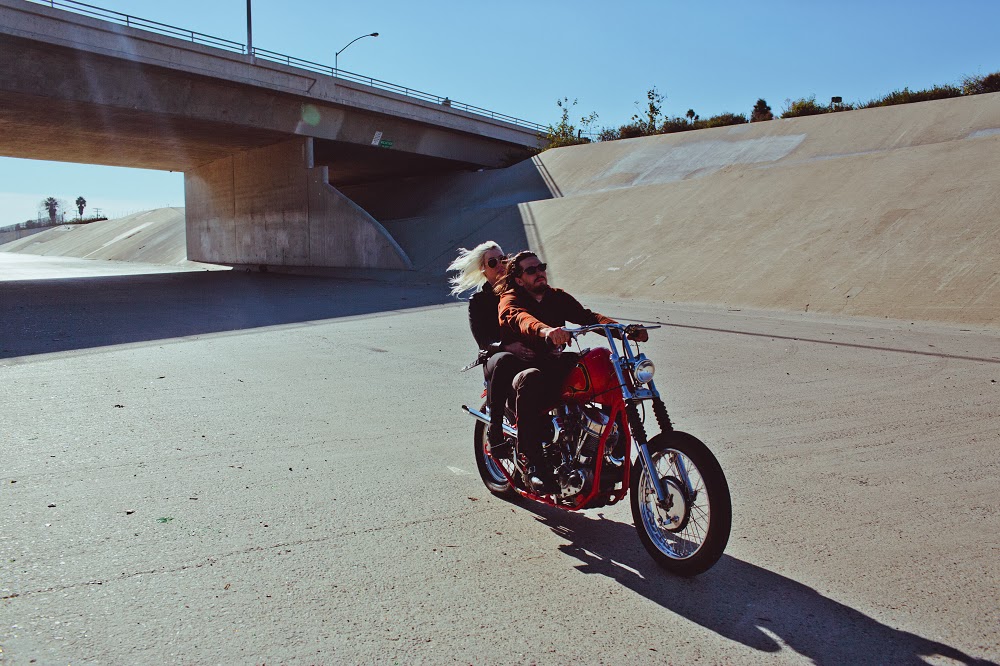 Diego Maradona had one. ...Brian May still has a dodgy one...Robert Plant thinks he still looks good with one....Vera's from Corrie goes down past her ears.....Kevin Keegan would only be half the man he is today without his one....The whole of Bon Jovi had shares in them...Your Momma Had One...Kylie Minogue and Jason Donovan got famously stuck together with theirs....Even Chesney Hawkes rocked one for a minute. Yes people I'm talking about the 'Perm'. Sure, styles come and go...but not this one baby...this one is back for good.
Turkey Stopnik by Mark Choiniere. 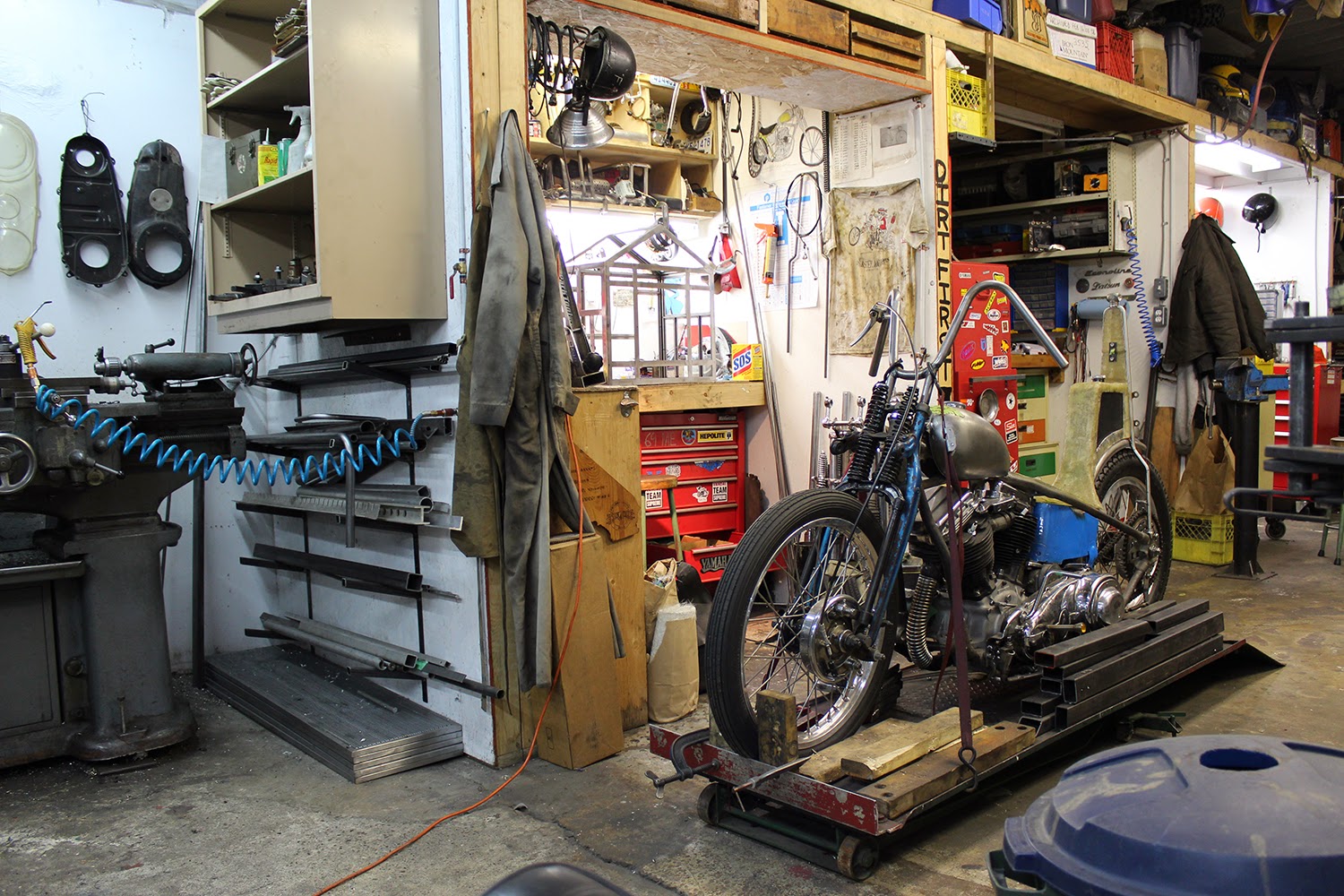 This has LINK nothing do with this article but it is awesome. 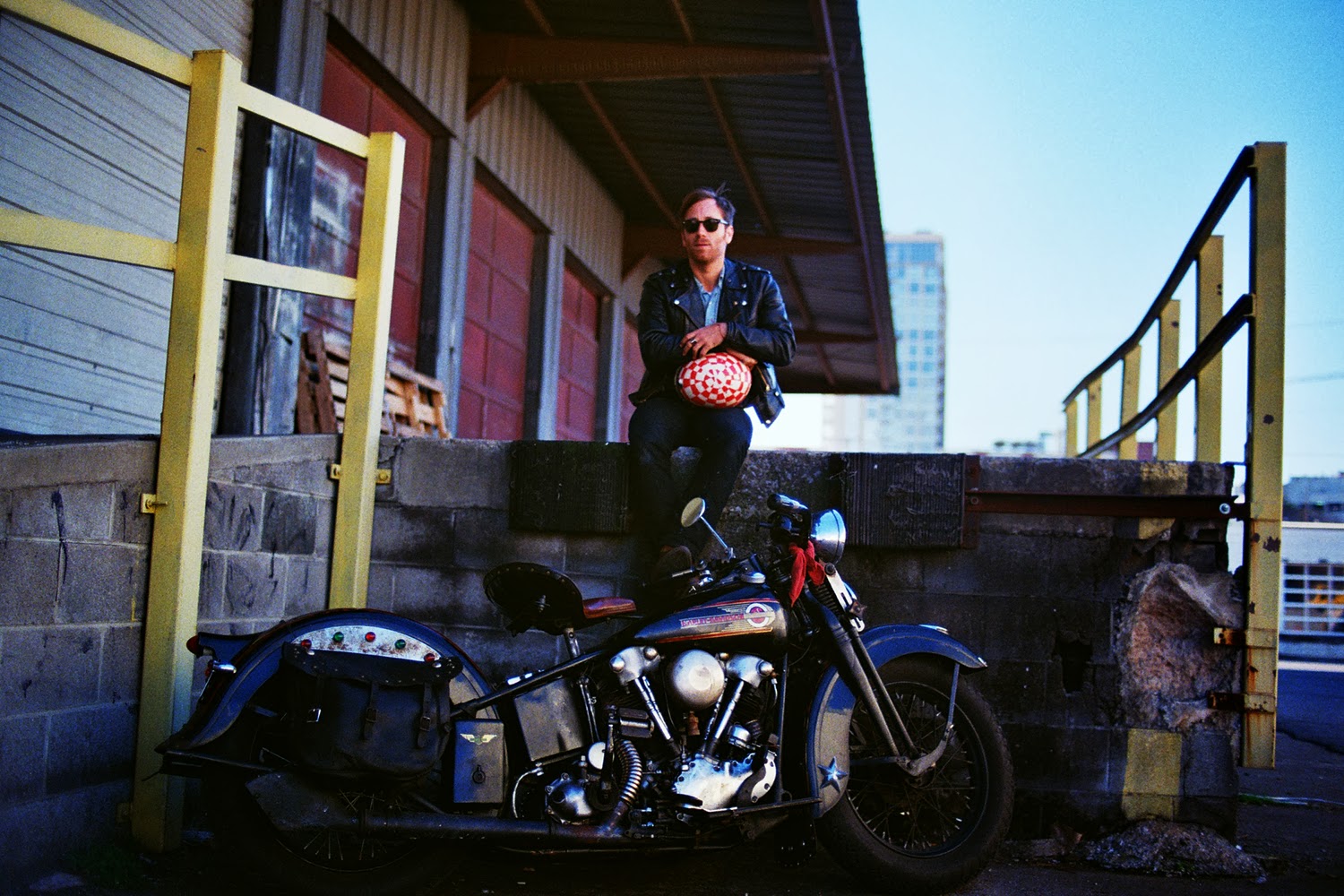 Seriously? You're already the singer of the best fucking band around, you have an amazing smell/man musk AND you ride around on a 1937 EL Knucklehead?! What the tits bro?!
Dan Auerbach from The Black Keys is an absolute bad ass.
Photo: Larry Niehues. 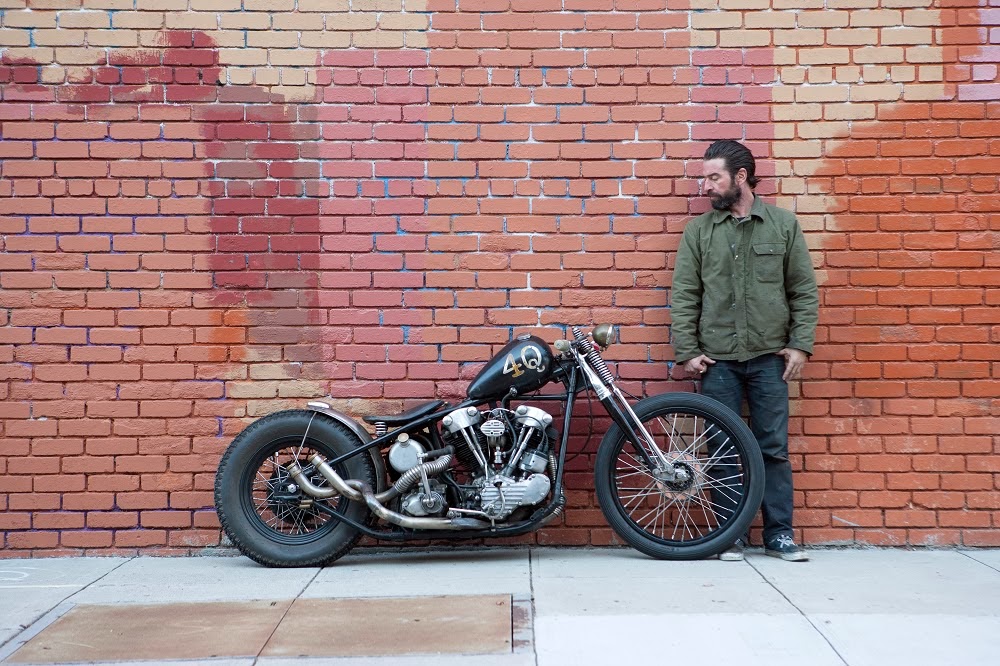 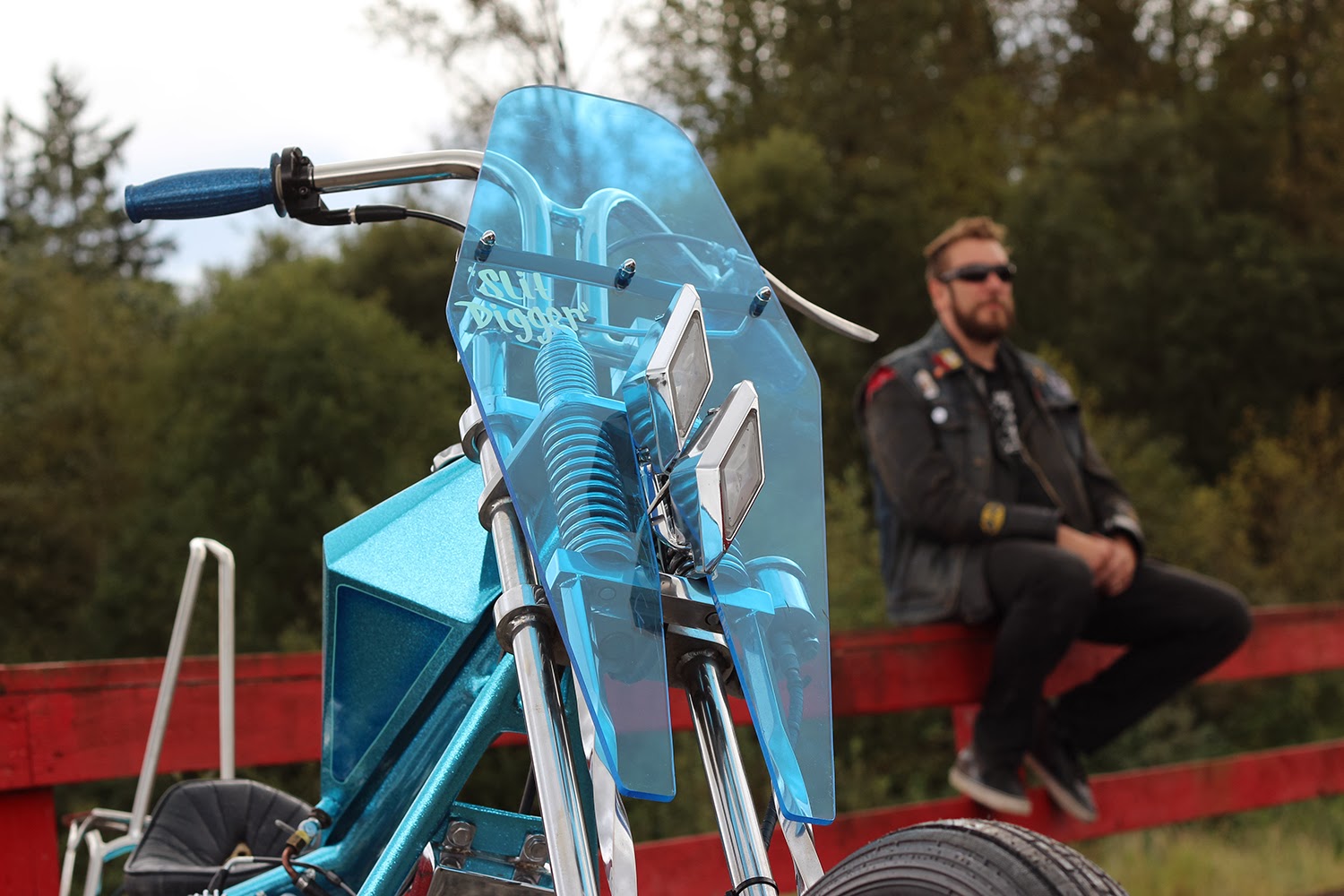 The band 'Europe' rose to international fame in 1986 with their third album 'The Final Countdown', which became a high commercial success and sold over three million copies in the United States. Europe was one of the most successful rock acts of the 80's and sold over four million albums in the United States alone and over 16 million albums worldwide. The band has achieved two top 20 albums on the Billboard 200 chart (and two top 10 singles on the Billboard Hot 100 chart) What most people don't know is that the first incarnation of the band was named 'Force' and came together in 1979, in Upplands Väsby, Stockholm!
Just a fun little fact for you there at the end….so…. 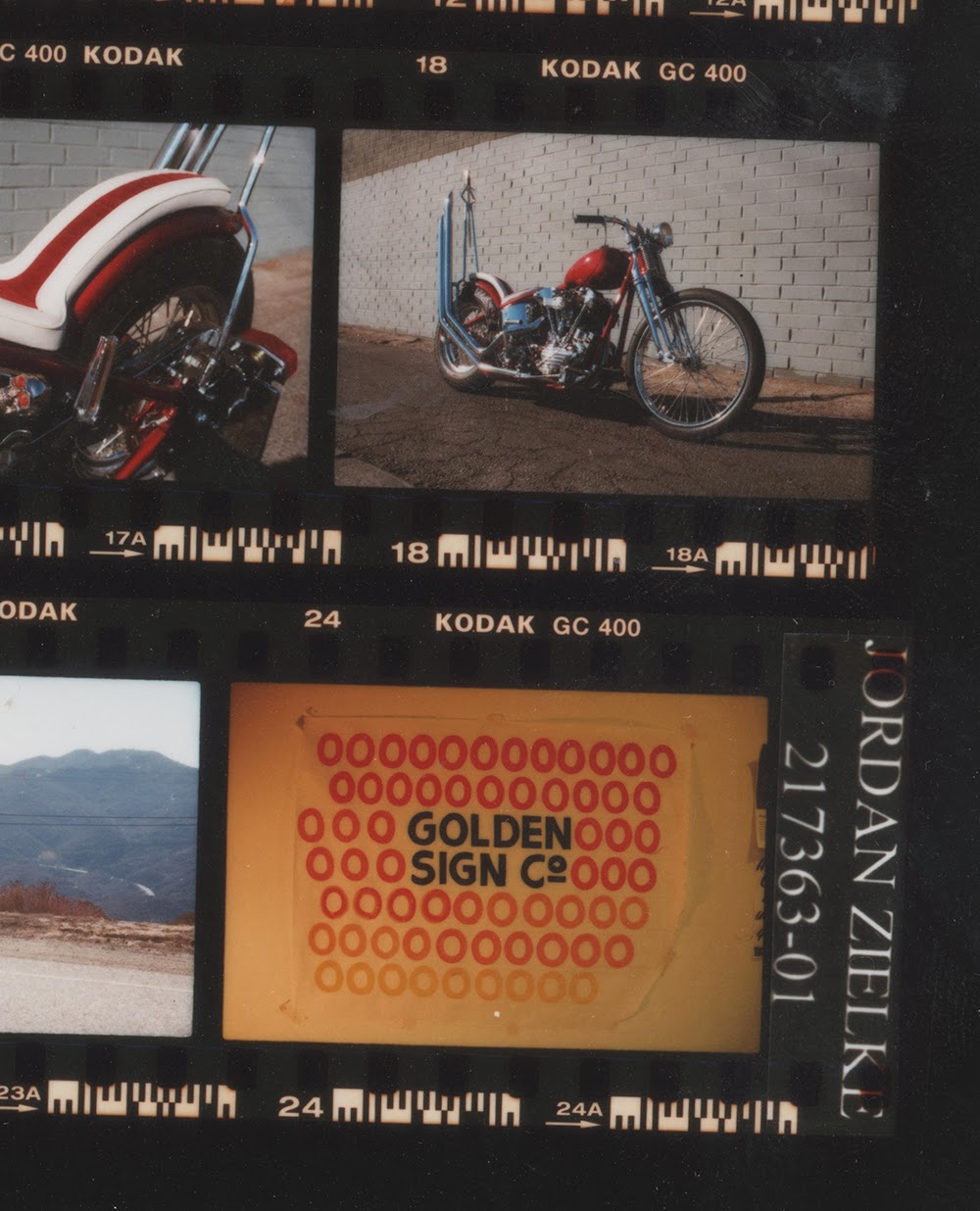 The first 2 albums were were a total flop though and way over produced....
Photo: Jordan Zielke. 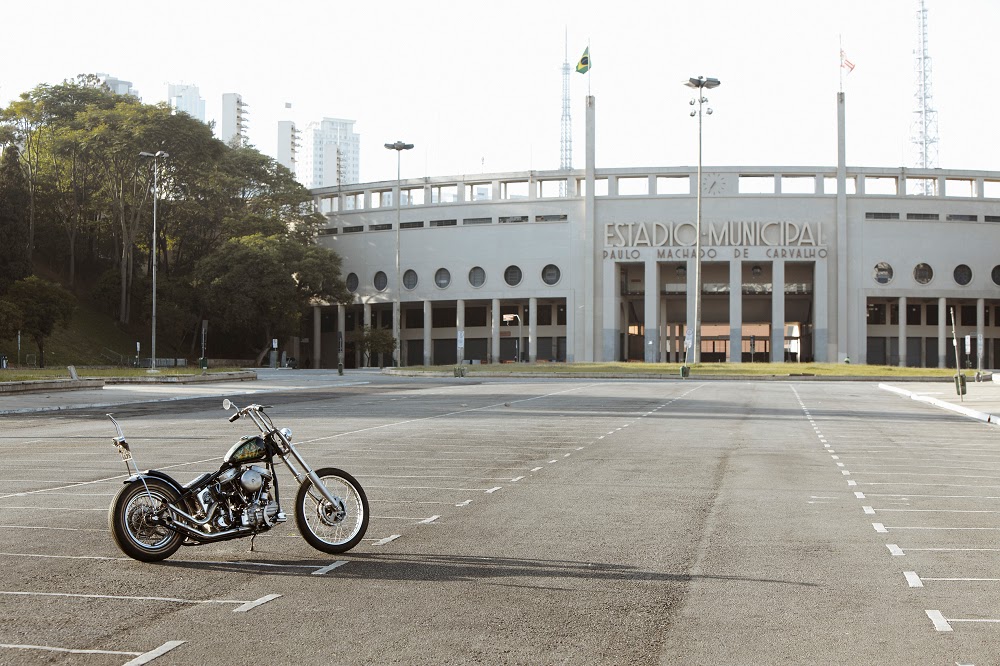 Imagine it...you're standing at the side of the road trying to hitch a ride into town because your Prius has run out of juice and you hear a faint rumble. At first you think it's the spicy chicken Po Boy from Popeyes mashing up your guts like that one time in Terminal A of Nashville airport when you had to run to the bathroom and 'release the beast' because those fucking assholes gave you food poisoning and acid reflux for weeks, but no, as it gets louder you realize it's a motorcycle heading your way, and by the looks of it...an old Panhead chopper. The biker stops, takes off his amazingly hand crafted helmet and shakes his hair just like a shampoo advert. The hunk then tips his Ray Ban Wayfarers down and moves his muscular arm up to run his In a Brazillian accent he says "Get on bro, I'll take you anywhere you want..."
OMG!!! Bonerville! Honestly, what could be better than holding on to Paulo's beefcake body while riding bitch on his '57 Panhead? Um...Hello...Nothing is better than that!
Photo: Daniel Klajmic. 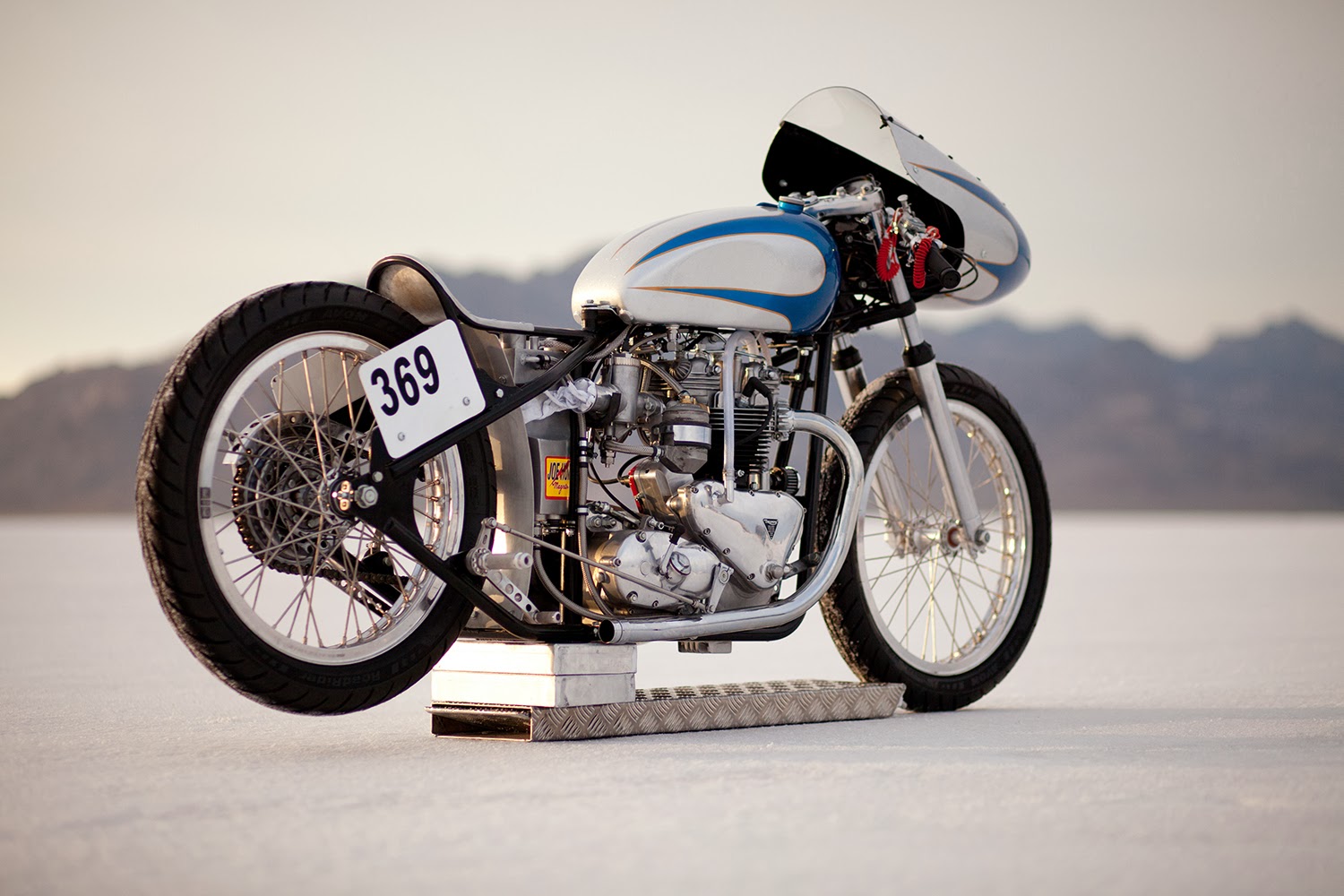 My mate Hong Kong Danny once said;
"Freddie Mercury died from bumming too many blokes."
The End.
Photo: Gary Margerum. 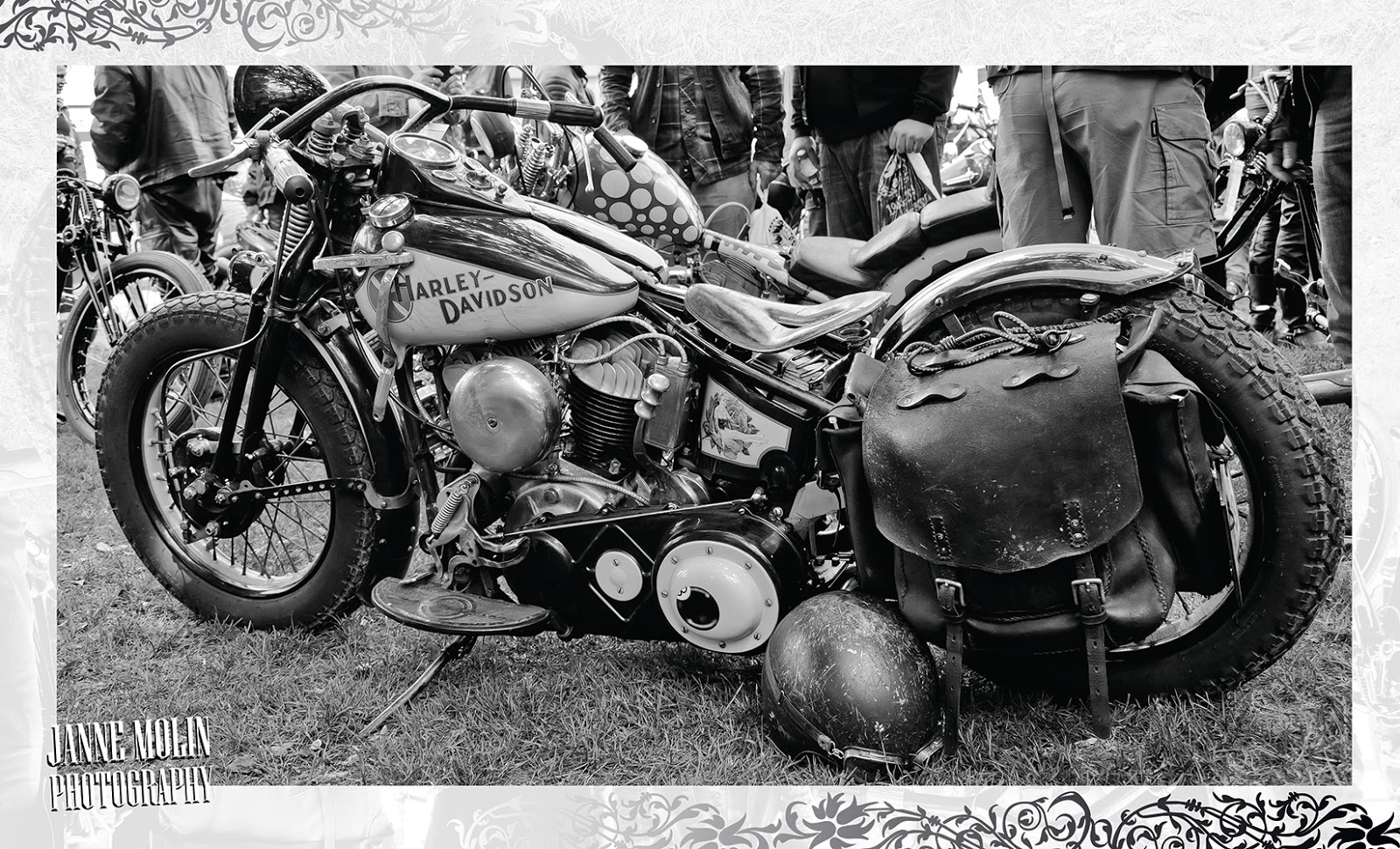 Nicke Svensson is 'Radio Rental', (Translation: Mental), and he fucks shit up on a serious level. In this issue he takes it's to the limit and gives us the lowdown on legendary Swedish photographer Janne Molin. 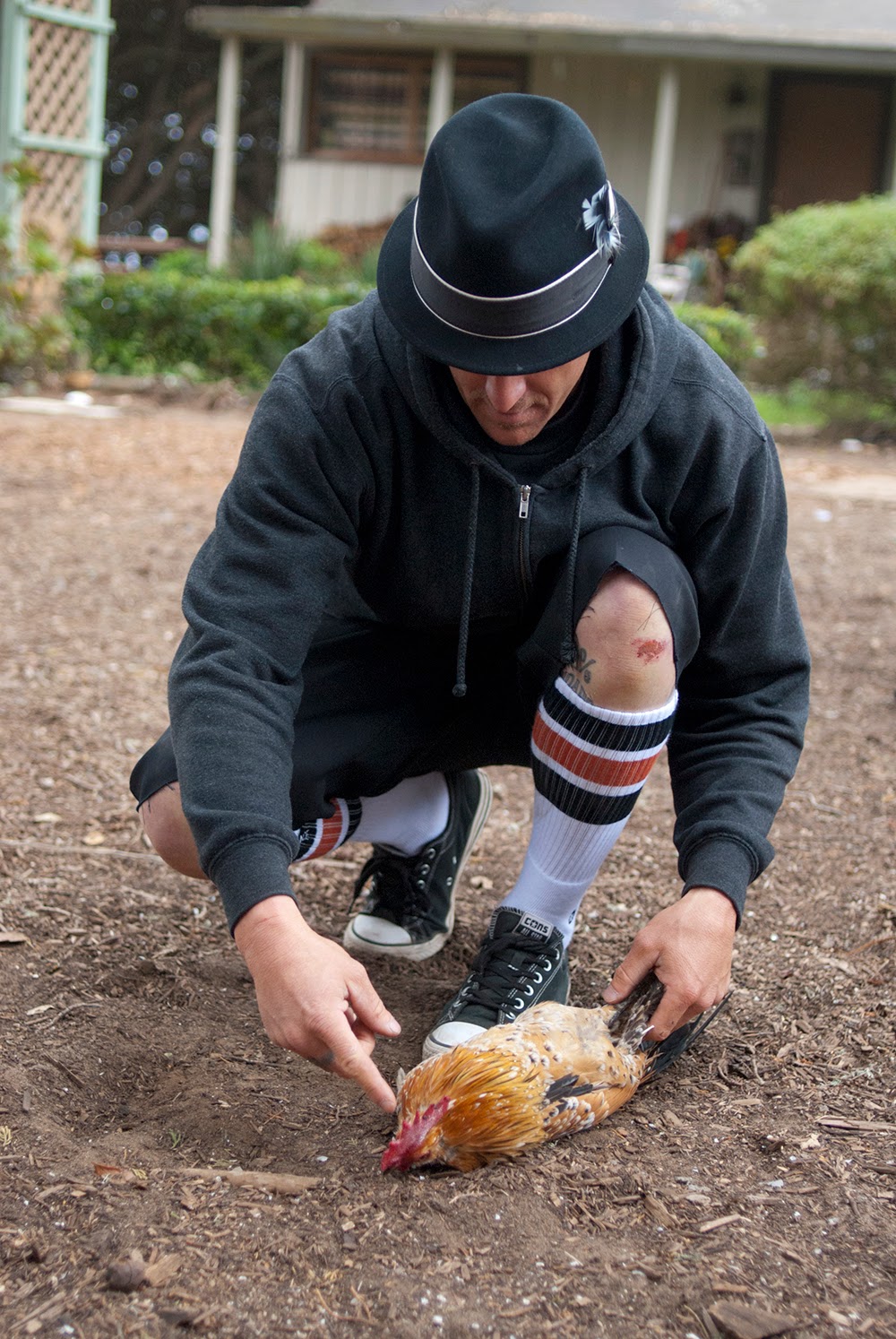 I throw the term 'Bum Shandy' around a lot and sometimes people ask what that is and how it's done, so let me tell you. When you just can't get drunk quick enough, it's the perfect solution for hitting the spot and not only that, it's a right laugh! Yes, we call this a win win sitch. Basically you do a handstand with no pants on and then shake a bottle of beer and quickly insert it into your bum. The Alcohol doesn't go through that stupid thing called 'the liver' and it instantly mangles you up! Like instantly! Apparently Russian truck drivers do it with Vodka so that when they get breathalyzed it doesn't show that they are drunk. The beer version was invented by me and some mates in England and it is hilarious but it can be quite messy, so always help a friend out because you never know when you will need that favor returned during most of the nights you hang out with them.
Jason Jesse by Troy Critchlow. 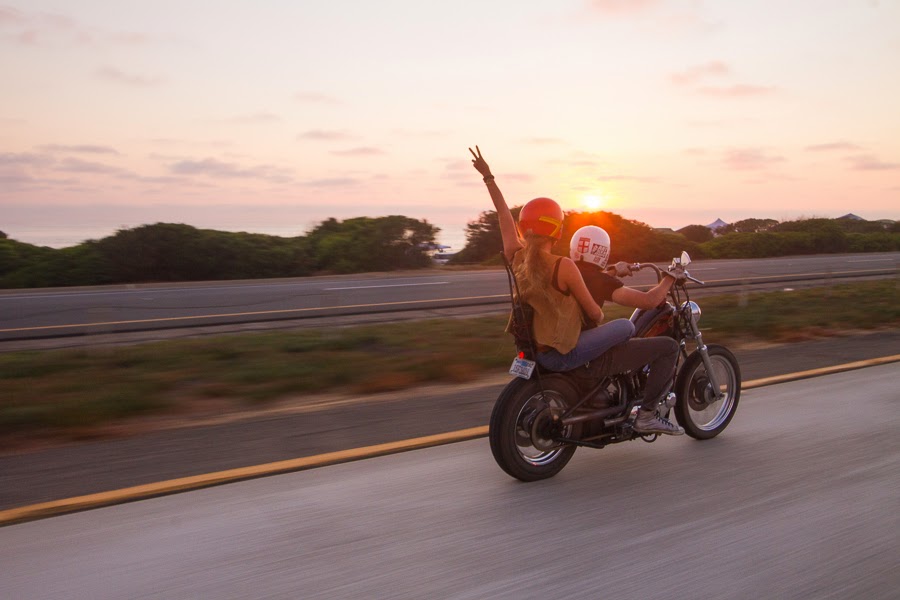 'Tight Squeeze': A difficulty caused by too little time or space, or too little credit or funds. For example, It will be a tight squeeze to get there on time, or I don't know if the sofa will go through the door; it's a tight squeeze , or The company's in a tight squeeze because of poor cash flow . This idiom uses tight  in the sense of "too narrow or constricted." [c. 1900] 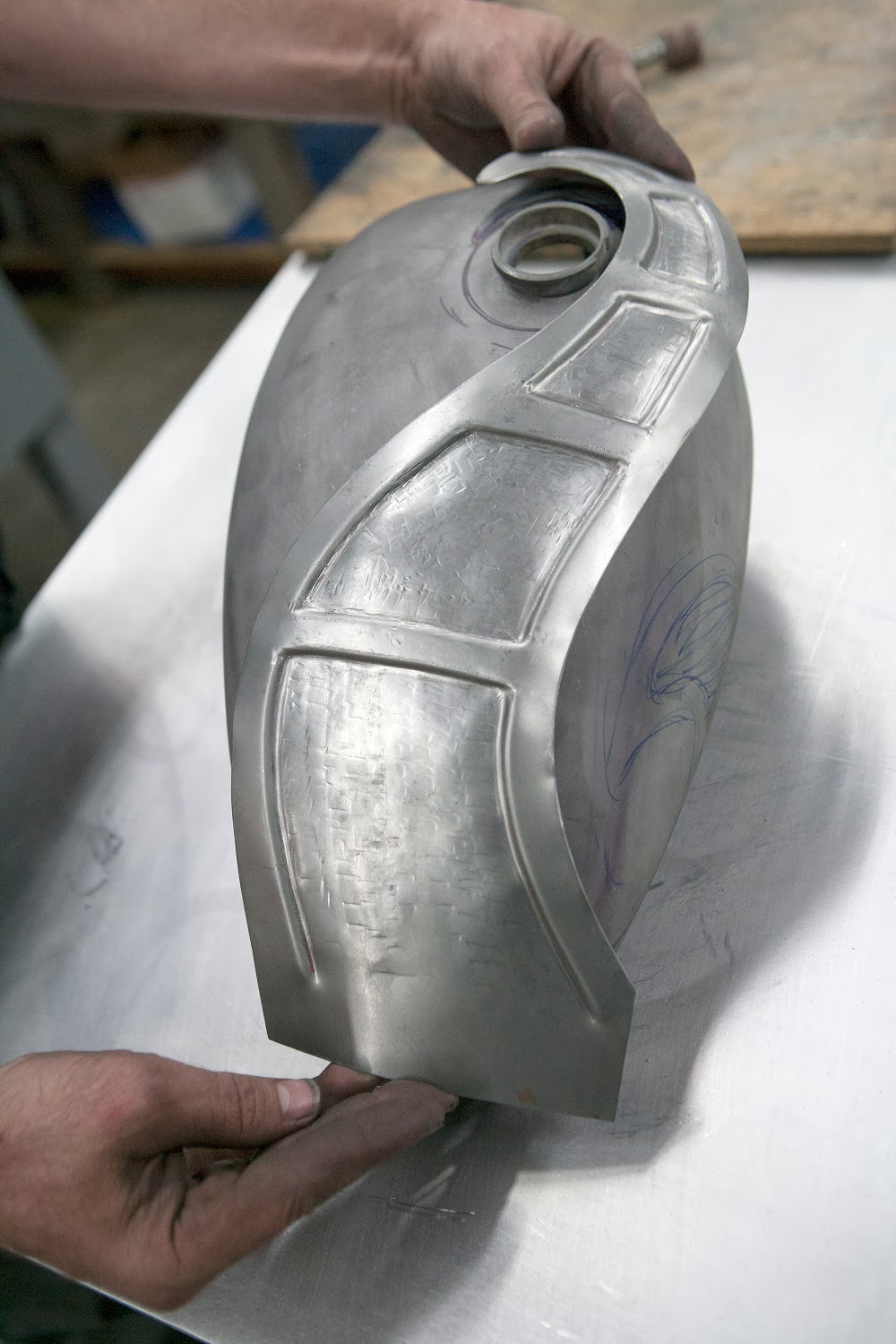 He's as mad as a box of frogs...Brandon at Mullins Chain Drive hand crafts a tank to end all tanks.
Photo: Ken Nagahara. 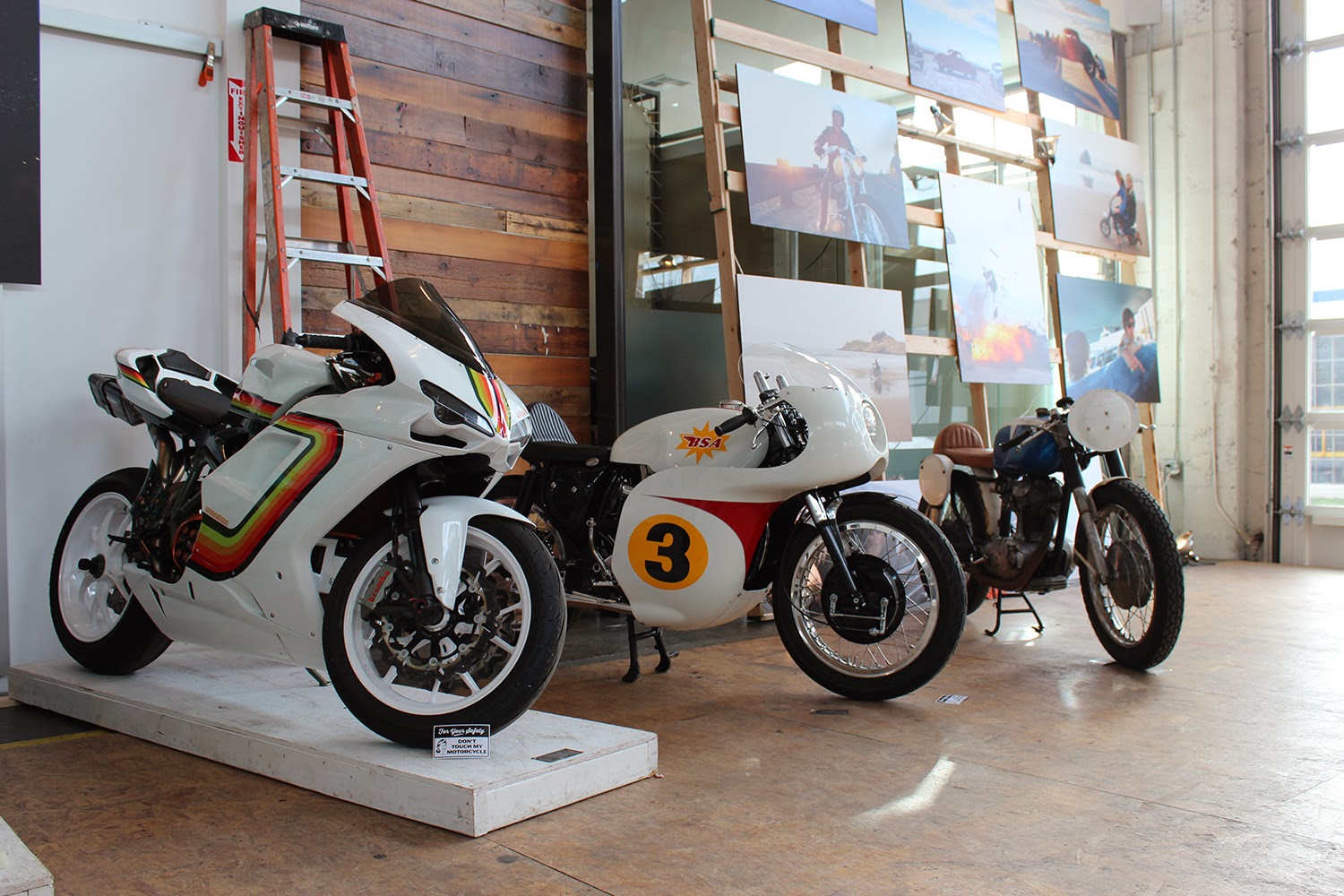 The 1 show in Portland is bloody brilliant! It's insane the amount of different breeds they have on show from all around the world and all the tricks they do and how they sit and all that jazz. It really is a mind blower. Wait...I'm getting it confused with Crufts...sorry. Yeah, the 1 show is great too if you like that sort of thing. 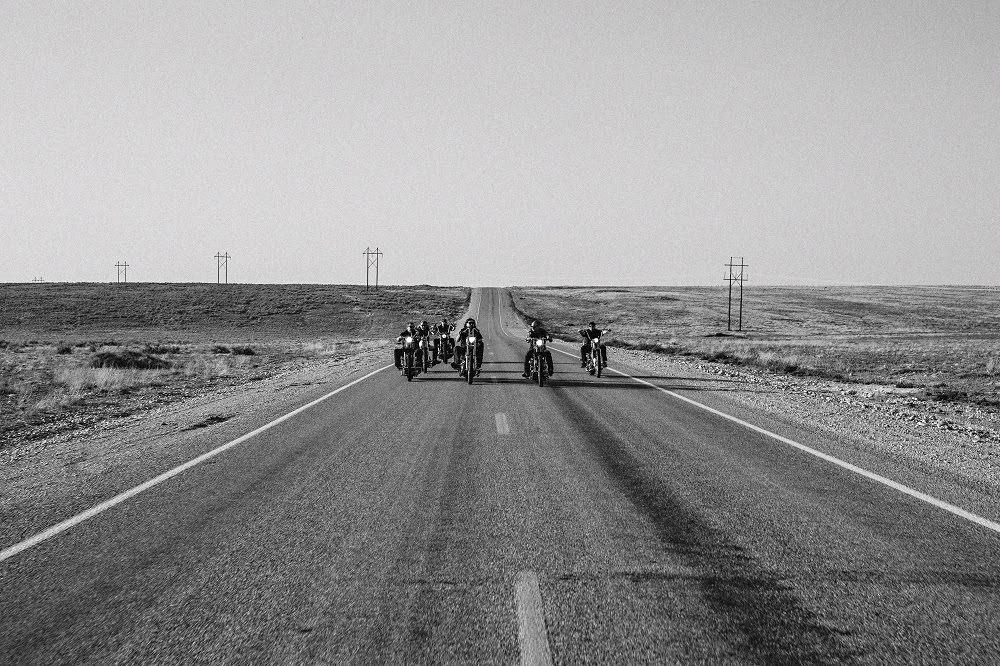